This is the moment a pack of almost entirely black wolves was spotted on camera while walking a trail in Minnesota.

at 1.5-2%, so you can imagine how much of an incredibly rare occurrence it is to see multiple at once.
Although this figure differs depending on where in

Minnesota you are talking about, for example,

half of Yellowstone National Park’s wolves are black.

The rare video, that was shared by Voyageurs Wolf Project’s Youtube page stated in their description:

“This wolf pack is almost entirely black wolves, which is quite rare for

Minnesota! Of course, this is not to say it does not happen, but rather that it is definitely not the norm.” 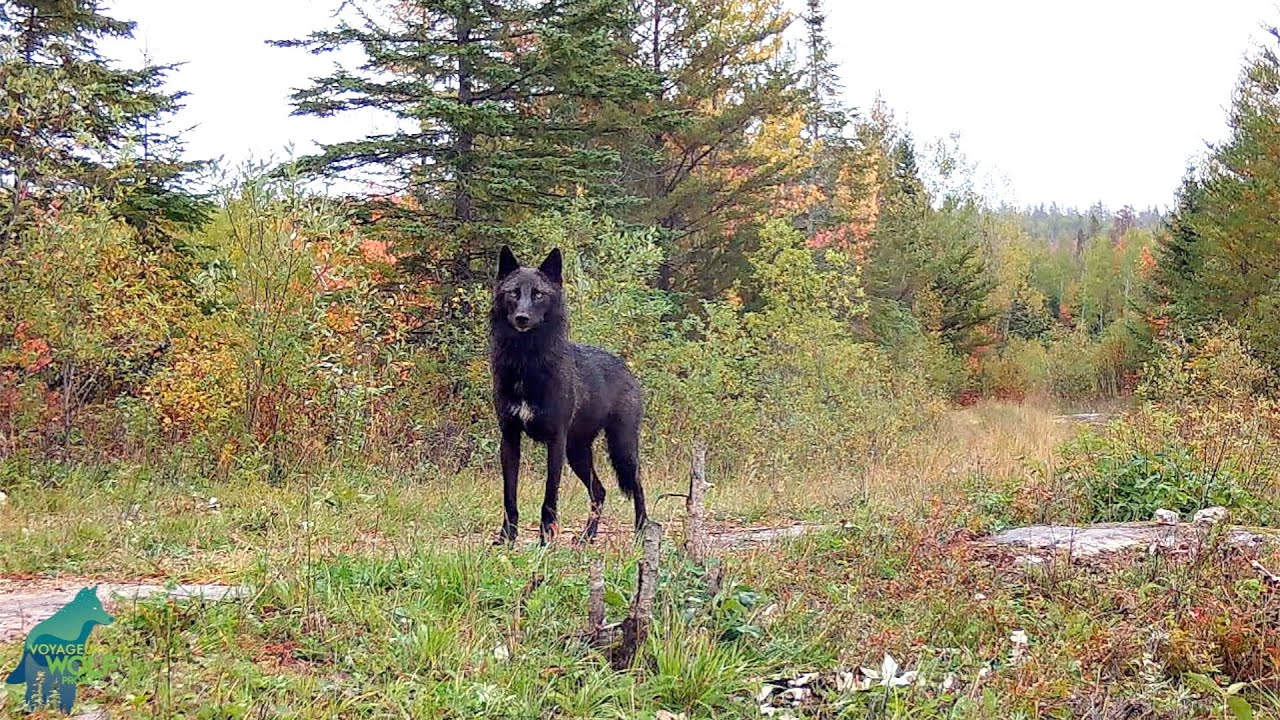 Minnesota’s wolf population has doubled over the last 40 years according to Minnesota’s DNR.