After more than 100 bison escaped from a feedlot in southern Nebraska, local residents hopped into pickup trucks and onto horses and four-wheelers to try to catch the fleeing animals.
id=”adsense-content”>

“We had everything,” Gene Samuelson, the Phelps County sheriff, said of the effort to wrangle the escapees that broke through a fence and fled Valley View Feeders in Overton, Neb., about 150 miles west of Lincoln, Neb.,

The bison were at the feedlot to be “fattened up” before being sent to slaughter, the sheriff said.

He said the herd probably got spooked by something and stampeded.

But with so many people chasing the bison, the animals became scared and split off into singles and pairs, complicating efforts to catch them, Sheriff Samuelson said.

“It created a situation where we were causing more damage than we were good,” he said.

He said the farming community around Overton, population 567, is experienced with cattle ranching but does not often deal with bison. Five of the fleeing bison have been struck and killed by vehicles

The drivers and passengers were not injured, and all of the vehicles were able to be driven away.

The bison, with their dark brown coats, are hard to see at night. 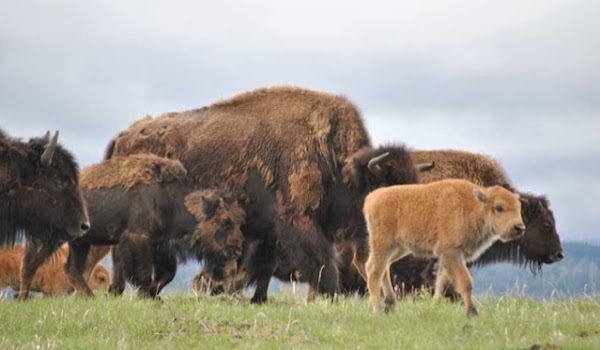 If one is hiding in a cornfield near a highway, it could bolt into the road and surprise a driver, the sheriff said.When a truck driver called on Wednesday to report that he had hit a bison, Sheriff Samuelson was surprised.

A Kansas company said to be specialists in handling bison was recruited to help capture the animals,

The company, which brought portable corrals, has captured about 25 and local residents have captured about 50, he said, adding that he did not know the name of the company.

While wranglers are “gaining ground” on capturing the remaining bison,

>
Sheriff Samuelson said some of the stragglers wandering the fields — especially the tall, dense cornfields — might be on the loose for weeks or until the crops are harvested.

“We’re just letting them calm down,” he said on Saturday.
> 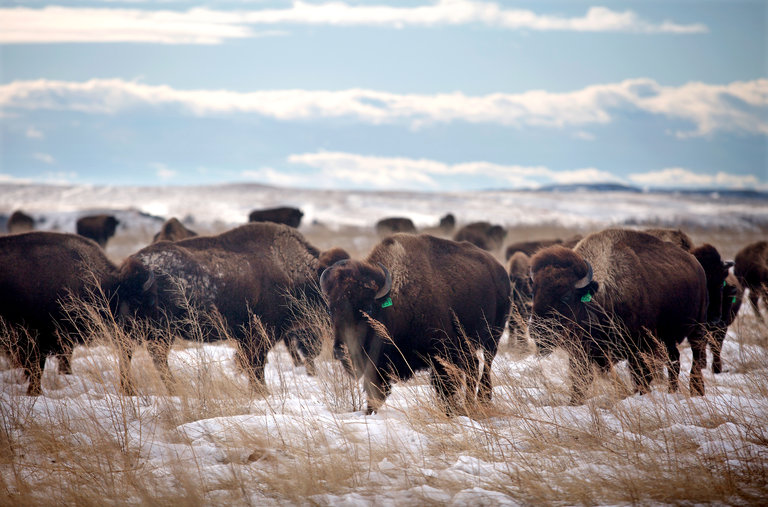 The herd’s owner used an airplane to search for the escapees, which have spread across 140 square miles, he said.

Diane Scripter, who owns cattle and lives near Atlanta, Neb., about 30 miles south of Overton, said about a dozen bison were near her land on Thursday evening. At least one was still in the midst of the cows and calves she co-owns, she said.

Ms. Scripter said the bison broke through a barbed-wire fence on her property.

“It’s sure hard to make the bison do something it doesn’t want to do,” Ms. Scripter said.

“It’s a scary thing to see an animal coming at you. Gates, fences — they won’t hold them. You’ve got to keep them as calm as you can, and work with them
accordingly.” 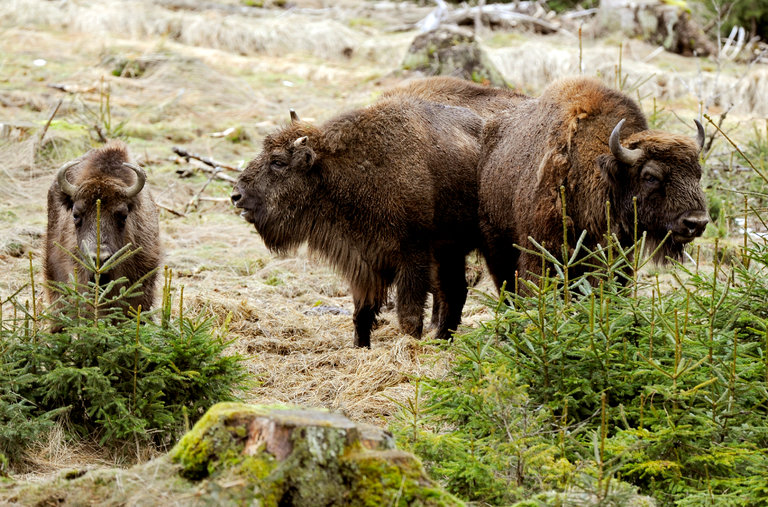 Bison, the national mammal, are different than buffalo and are the largest mammal in North America, according to the U.S. Department of the Interior.

Males can grow up to six feet tall and weigh up to 2,000 pounds. Mr. Williams said some of the bison were maneuvered into corrals from one of the pastures his cattle frequent.

“They were pretty tired so they were probably a little more cooperative than what they normally would be,” he said. 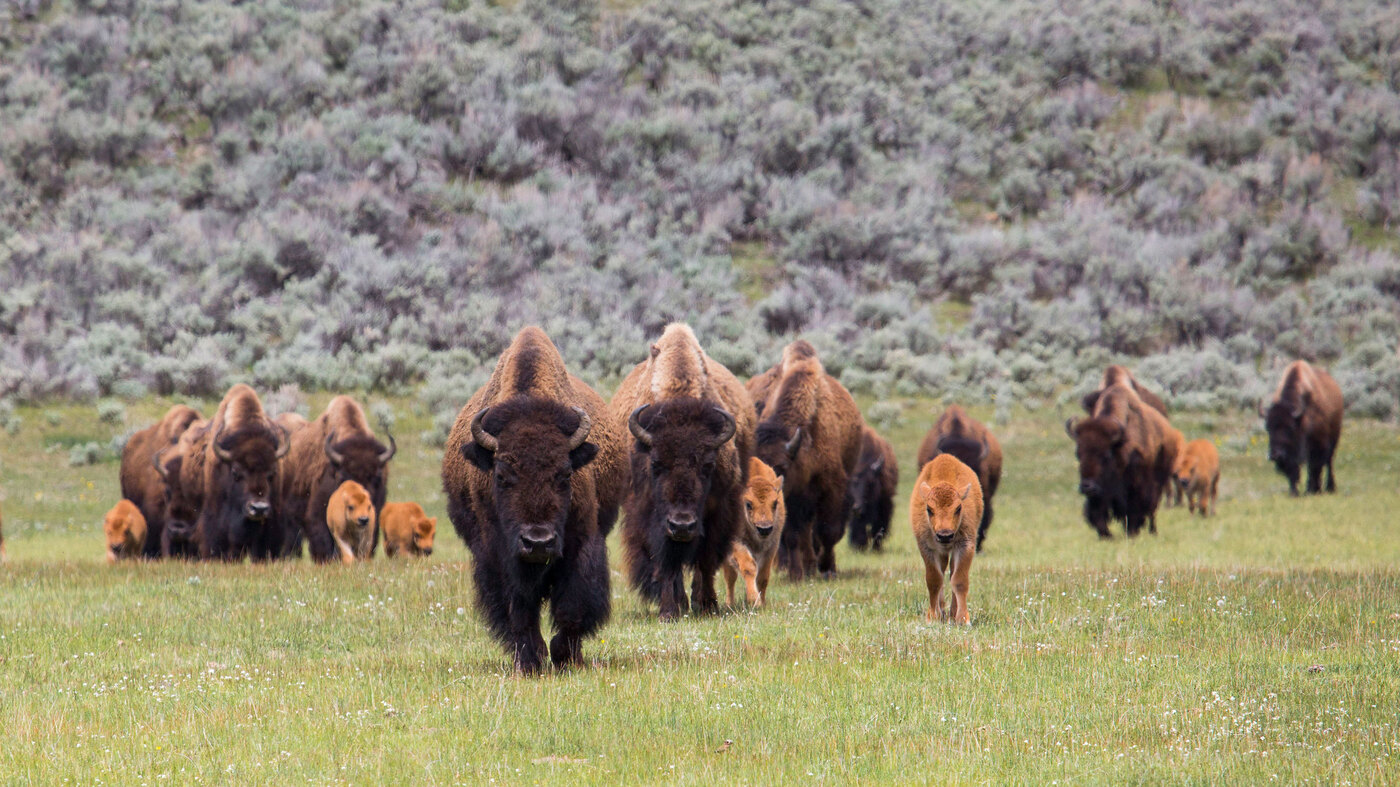 Ritch A. Blythe is the president of Valley View Feeders, according to state records. He could not be reached on Saturday for comment. The county attorney is deciding whether to charge a farmer who shot and killed one of the fleeing bison in an effort to protect his livestock, cornfields and soybeans, Sheriff Samuelson said. He urged other farmers to “evaluate the situation” before reaching for a gun.