A family of black bears proved that humans aren’t the only ones that like cooling down in the water by frolicking alongside swimmers in a California lake.
One day, the South Lake Tahoe hit a scorching 30°C (86°F)

and given that bears had to stroll about in a fur coat all day, it’s easy to see why this particular family opted to take a bath.

Jen Watkins, who was visiting Pope Beach at the time of the unusual event, captured the huge mother bear and her three kids on camera.

Jen told KCRA News that her kid first spotted the mother bear when it got into a confrontation with another of the beach’s four-legged guests.

Fortunately, neither the dog nor the cubs were injured during the standoff, and the mother went on to plan a picnic for her family by stealing sandwich meat and a cooler from some humans and moving it into the woods.

After lunch, the family returned to the water, where the cubs were spotted swimming around in the lake while shocked bystanders observed from the sidelines.
According to Newsweek, the family of black bears discovered at Pope Beach is only one of 25,000 to 35,000 black bears estimated to exist in California, with residents of North and South Lake Tahoe reporting an uptick in sightings in recent years.

Despite the fact that the mother bear did not harm anyone during her visit to Pope Beach,

Lieutenant Nelson Resendes of the Placer County Sheriff’s Office has warned that the animals may be’very hazardous.’

“We are in their territory when we’re up in the Foothills and in the Sierra (Nevada),” he said. 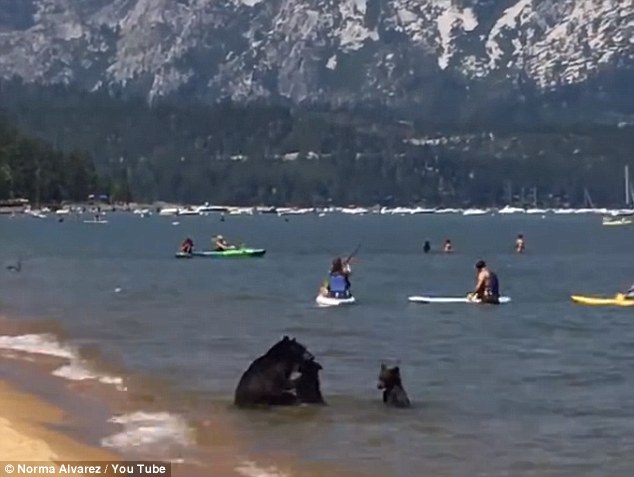 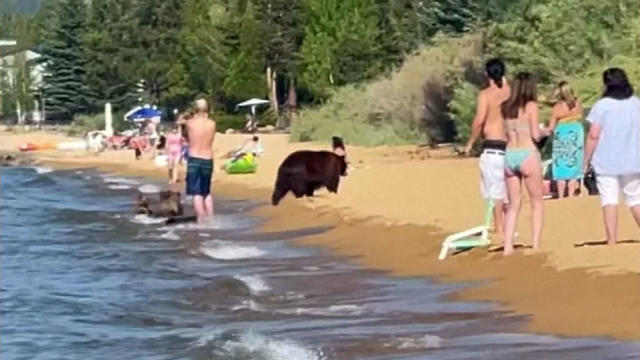