Photographer Drew Hamilton was camping by the McNeil River in Alaska to capture the thriving flora and fauna of the picturesque abode.

However, he got way more than he bargained for when a friendly grizzly bear casually walked up to him to give him some company!

As recounted by Drew, the gigantic bear had just woken up from a nap while the rest of his bear family was playing down the river. For some reason, the bear was intrigued by Drew’s laidback body language as he soaked in the scenic surroundings.

The bear strolled to a spot next to Drew’s chair, and began gazing at the abundant nature with a sense of wonder!

Seconds later, the bear settled down on the grass beside Drew.

Together, they watched the other bears frolicking by the riverside and at that moment, they both shared a rare kind of companionship!

After lingering for a while, the bear bid farewell to his new human buddy and retreated to join his family at the river.

It’s mesmerizing to see the bear’s composed and carefree demeanor around Drew, who he clearly considers non-threatening. The bear might be a formidable predator, but he certainly treats Drew like a kindred spirit.

Their innocent encounter is too pure for words!

Keep your volume up to enjoy the satisfying sounds of nature echoing through this heavenly video and the man saying “Ay ay ay ay” when the bear got a little too close!

Click the video below to watch Drew’s close and wholesome encounter with the friendly bear. 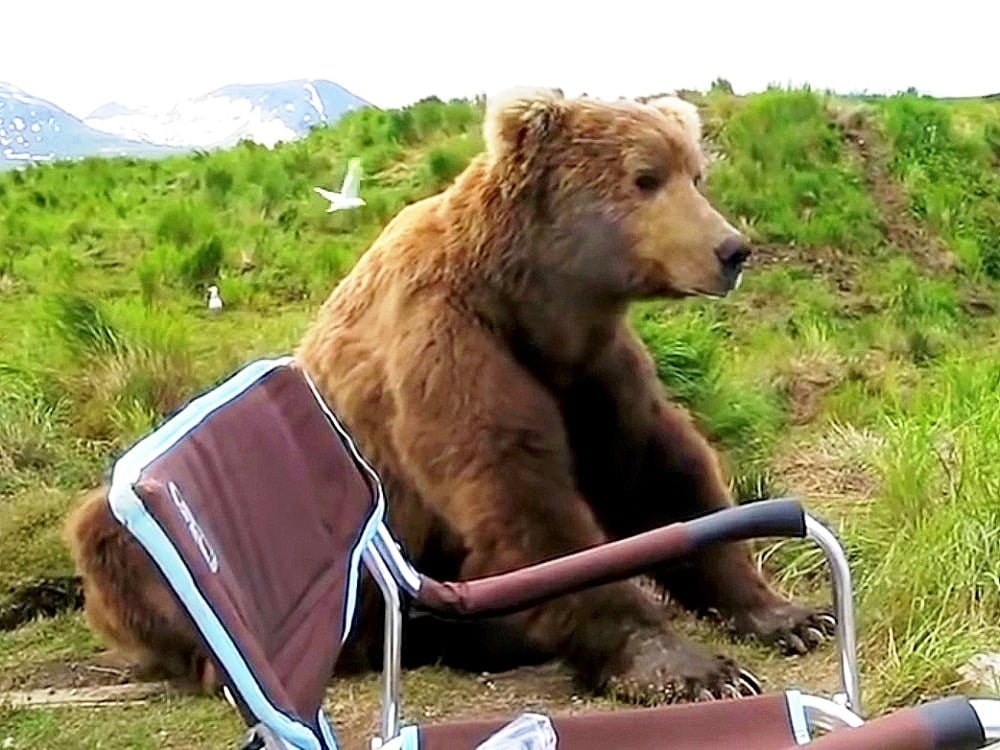 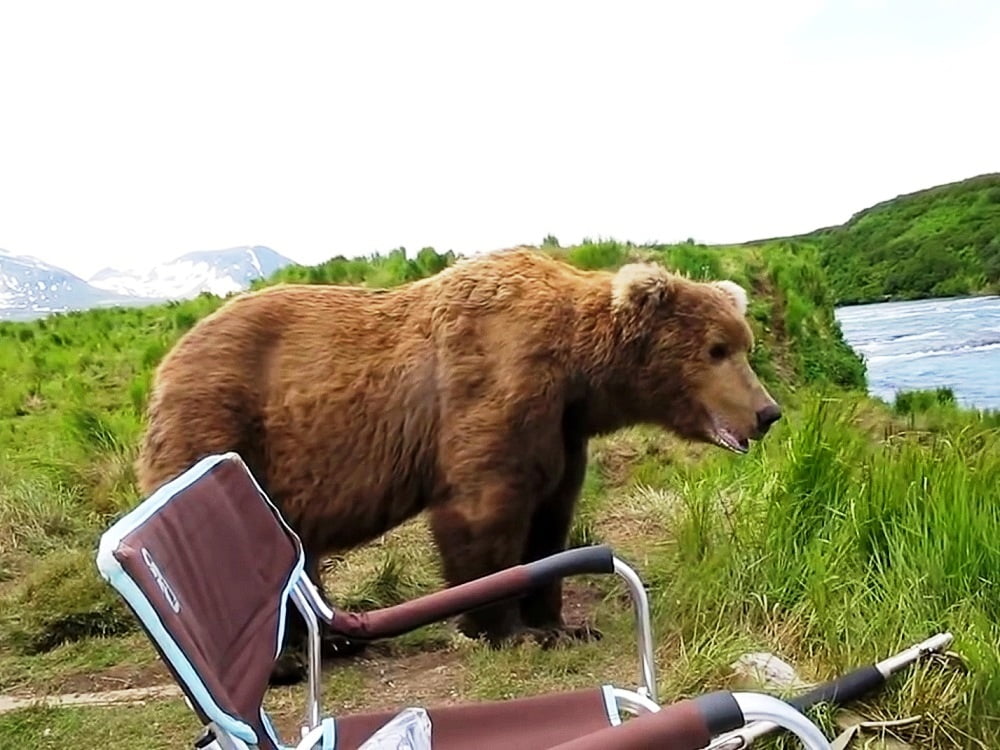