We all probably have noticed our pet cats or dogs running back inside the house right before it starts raining.

With that in mind, a lot of pet owners out there have thought about animals having a sixth sense or some sort of weather-detecting sensors.

Rather, compared to us humans, animals have stronger instincts and senses that allow them to detect even the slightest changes in the weather pattern and environmental signals.

With that said, they can detect rain or any calamitous events in advance like earthquakes, storms, and even tsunamis.

This woman is kind enough to open her backdoor for animals looking for shelter.

Imgur user Amscolie is a wildlife rehabilitator in the U.S. who got featured on the internet after a story she posted on her Imgur account about a deer sheltering inside her house.

A storm was approaching near their area and Amscolie was worried about the fawns she was casually taking care of.

She left her backdoor open in case animals want to use it as their shelter for the storm.

She was really happy that her beloved forest puppies found a way inside to protect themselves from the storm.

Amscolie was surprised that the fawns were able to sneak in inside her house.

There were no signs of the baby deer’s mother to be found, though. Hopefully, their mother was simply hanging out in the woods, waiting for them.
Amscolie was relieved that the baby deer were chilling inside her house as they wait for the storm to die down.

Surely, after the long wait, these adorable fawns were able to find their way back home to the forest. 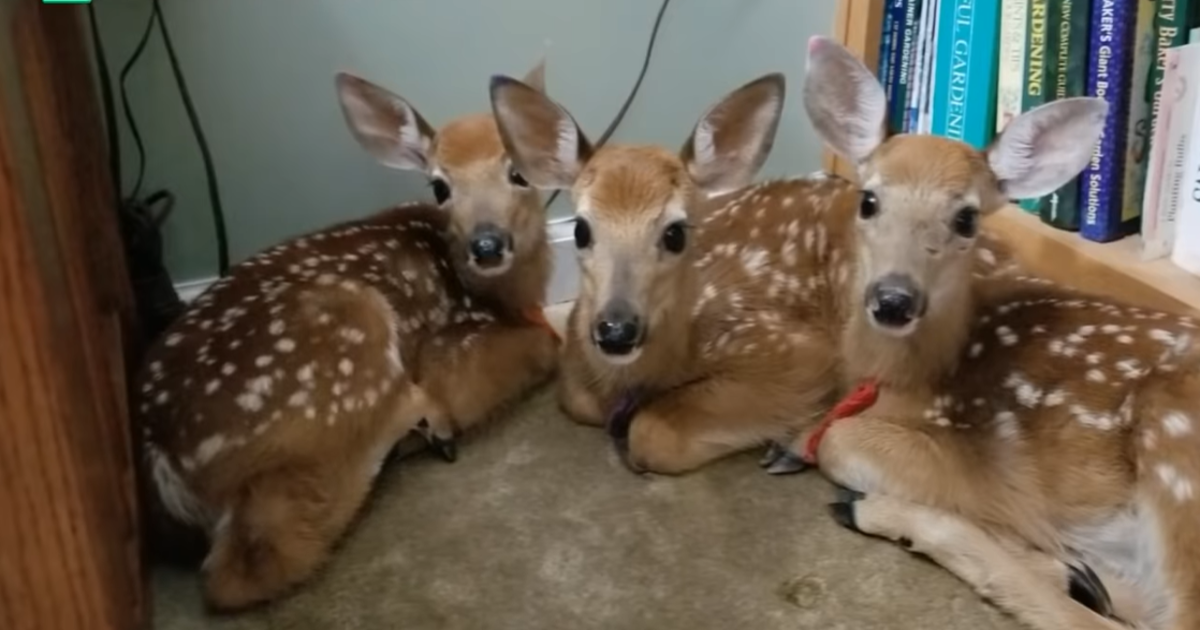 The woman lives near the woods and it is common for her to be visited by these woodland animals.

Amscolie lives in a spot where animals like deer, squirrels, or possums are abundant in the area. When these animals do visit her, Amscolie gives some of her time and resources to be of any help to these animals.

She has also taken care of several orphaned baby deer and nursed them back to health before they are ready to go back out in the wild again. Amscolie even gives the deer hugs and kisses.

Furthermore, animals loved hanging out with her dog. Sometimes these animals would play with their dog even behind the glass doors. It is just wonderful that there are still plenty of people like her in this world.

Hopefully, Amscolie’s story was able to inspire more people to help wildlife animals whenever they can.

If you want to share a bucketful of smiles and wholesomeness, do not hesitate to tell your friends about this story.

Watch the whole video by clicking on the link below, and after seeing the video, you might want to open your backdoor when a storm is coming.