An adorable mama bear and her two little cubs have been caught on camera enjoying cheerful playtime with a hammock in a woman’s garden. When The Dodo reached out to the woman, they got to know a very adorable story behind it.

Bertha the mom bear has been always seen hanging over with their little babies. She teaches them the basics and takes them to her favorite spot, Amy’s yard. This happened for a while before the woman noticed the appearance of the bear family.

She was surprised at first, but then, she started getting used to the bears and leaving out a few things for the cubs to play with. When her cubs were playing with the ball, Mama Bertha stayed behind, kept close eyes, and ensured their safety.
However, Amy came up with a better thing for all of them to enjoy.

Very quickly, the woman purchased a hammock and installed it in her garden, waiting for the bears to return and have some fun with it. As she thought, the bears were able to figure out a way to put the hammock into good use.
This was a gift that they would treasure. Her kind action has melted thousands of hearts and received a wave of reactions for its cuteness. 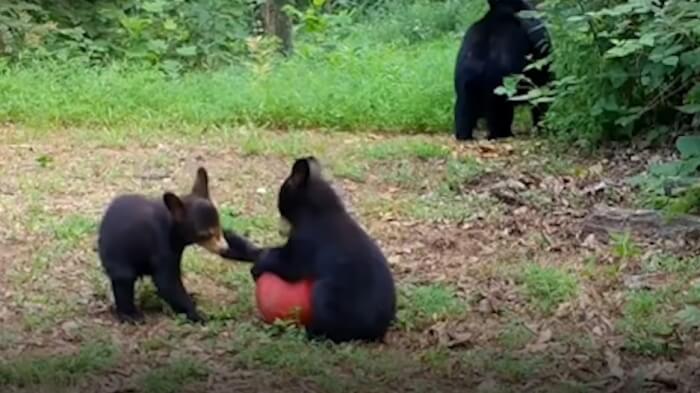 “It always warms my heart when people choose to live WITH nature instead of fighting over it,” a person wrote. Another added “Thank you, Amy! For being a kind non-invasive human. Only making their bear lives better with your love.” 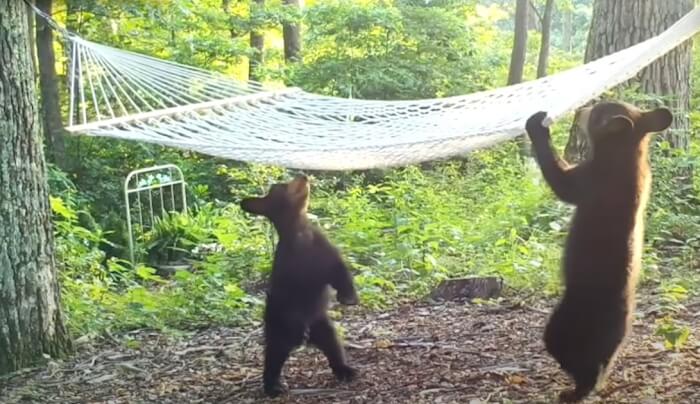 Amy loves the bears and is happy to have them around. She hopes to see more of their friends in the future. Please share this adorable story with your family and friend. Watch the video below: 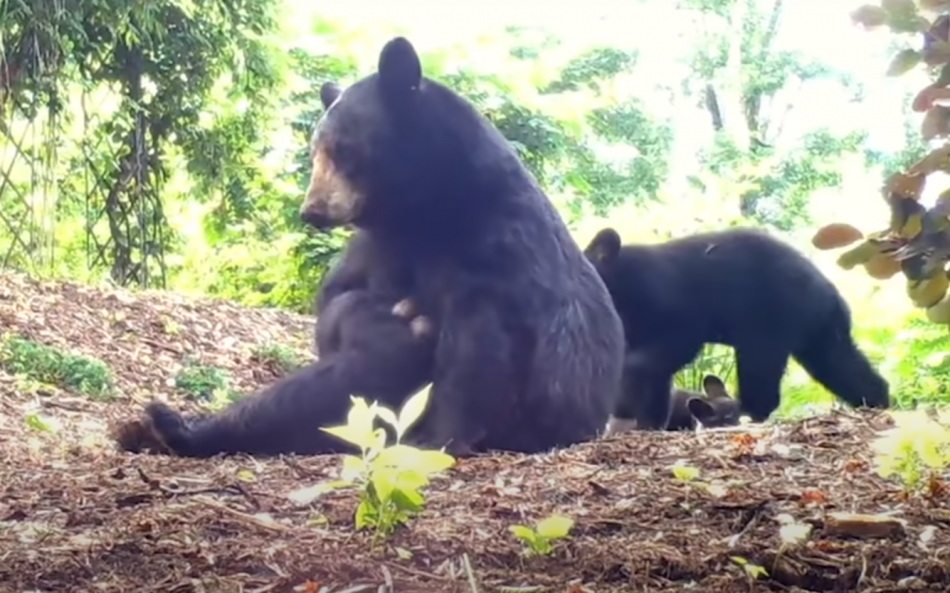