Workers in Canada are amazed when wild arctic wolves approach them at their work yard in rural Nunavut, Canada

A pack of arctic wolves approached workers in a remote part of northern Canada,

and every second was caught on camera.

Footage captured in the northern-most part of Nunavut shows three wild wolves inspecting a work yard before ambling over to a group of men and sniffing them.

The filmer said the three animals are from a pack of seven that live locally.

“I can’t believe this, this is the closest I’ve been,”

he can be heard saying, before adding

“I think I’ve tested my luck for the day.”

Although the video was originally captured in October 2014 it has only recently emerged online. 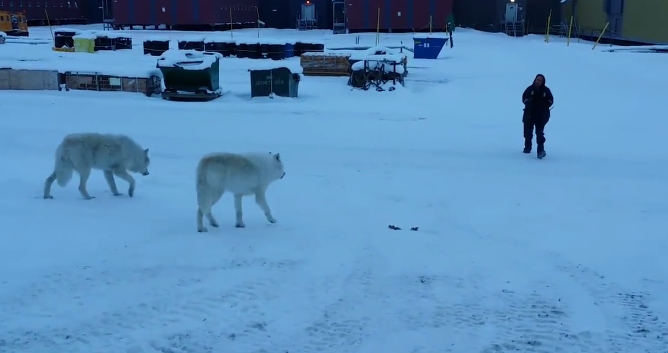 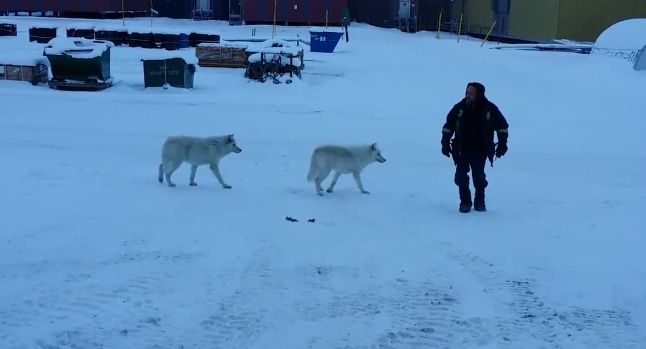