Experts have recently indicated there may only be seven to eight of the magnificent creatures left in the area, and they have only ever been observed in this location.

Due to a genetic abnormality known as pseudo-melanism, which causes their dark stripe pattern to merge together on light orange-golden fur, black tigers often have pelts that are fully dark.

The unique animals, all male, were within 30 feet of amateur photographer Satya Swagat, 23, a business student from New Delhi.

“I got goose-bumps when I first saw the melanistic tiger.

It was hard for me to believe my eyes and for a minute I forgot to pick up my camera as the big cat moved right in front of my eyes.”

“I was taken aback by the beauty of the rare tiger.

I kept my calm and the tiger obliged me with better sightings and better shots.”

“Not many have seen them in the forest and not many people have been able to get that close to the rare cats.”
“I got the opportunity to photograph one tiger in 2020 but couldn’t manage any decent shots.”

Researchers studying the endangered animals in the Similipal reserve suggested that the exclusivity in the genetic mutation results from the tigers’ inbreeding and their minimal if any, interactions with other species outside the eastern Indian state. 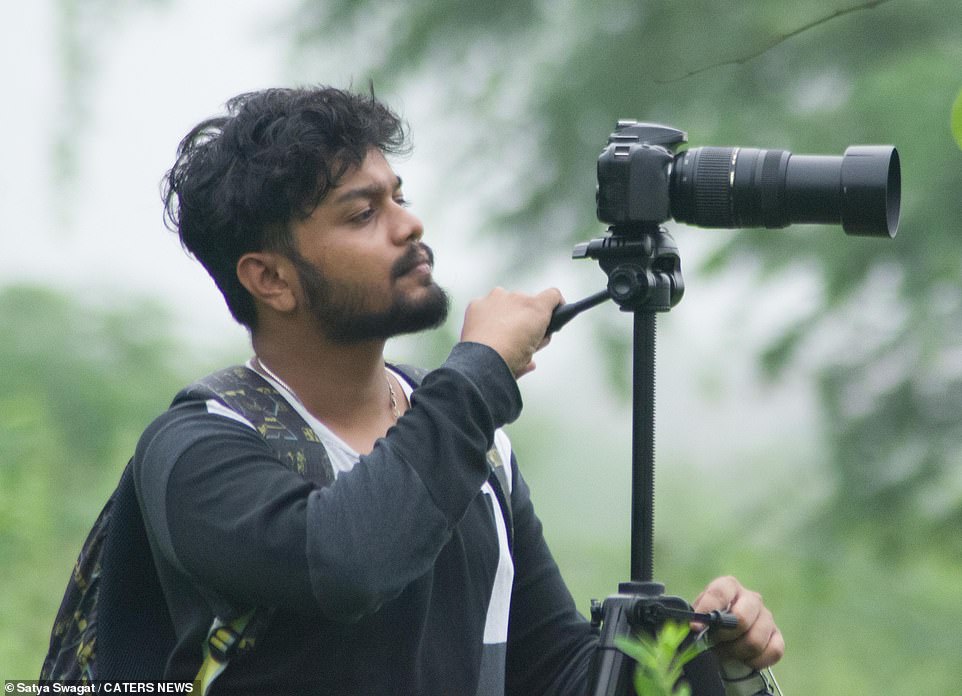 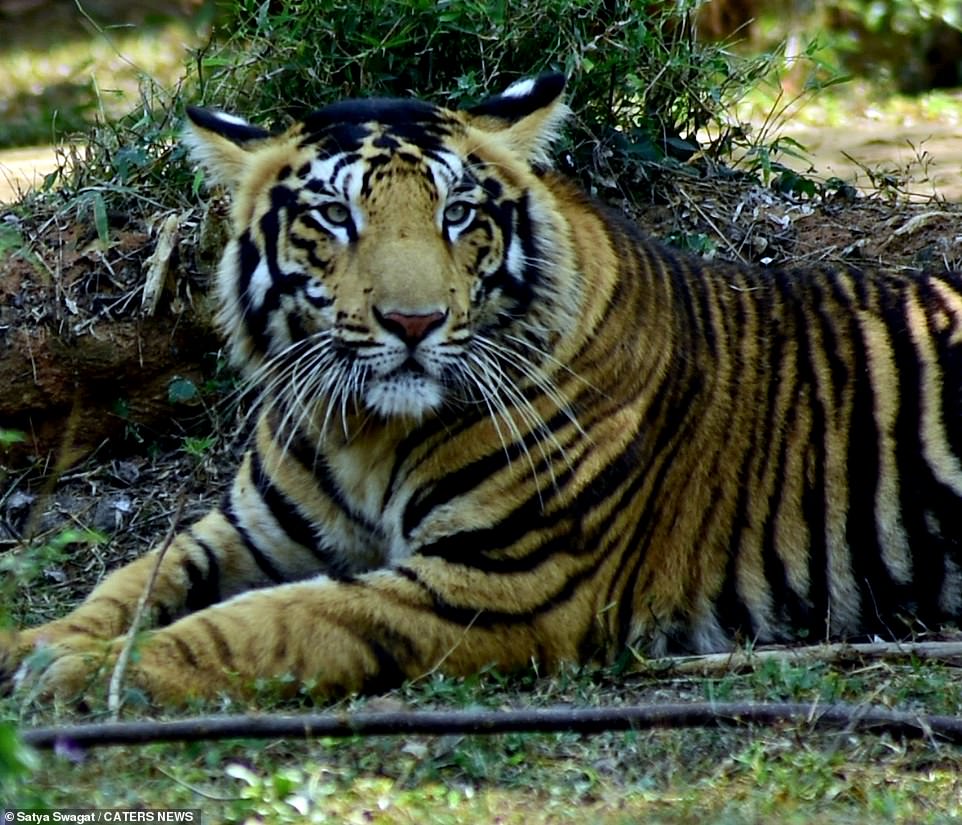 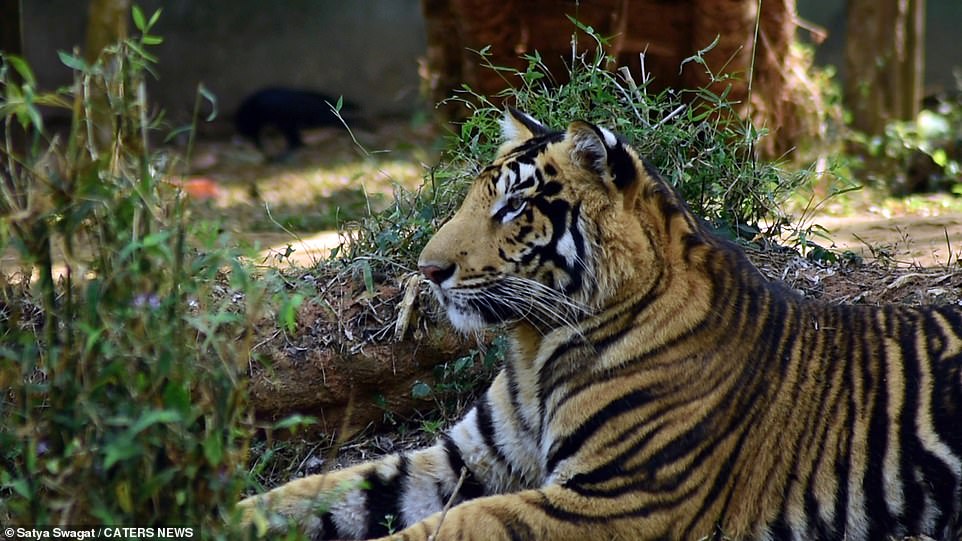 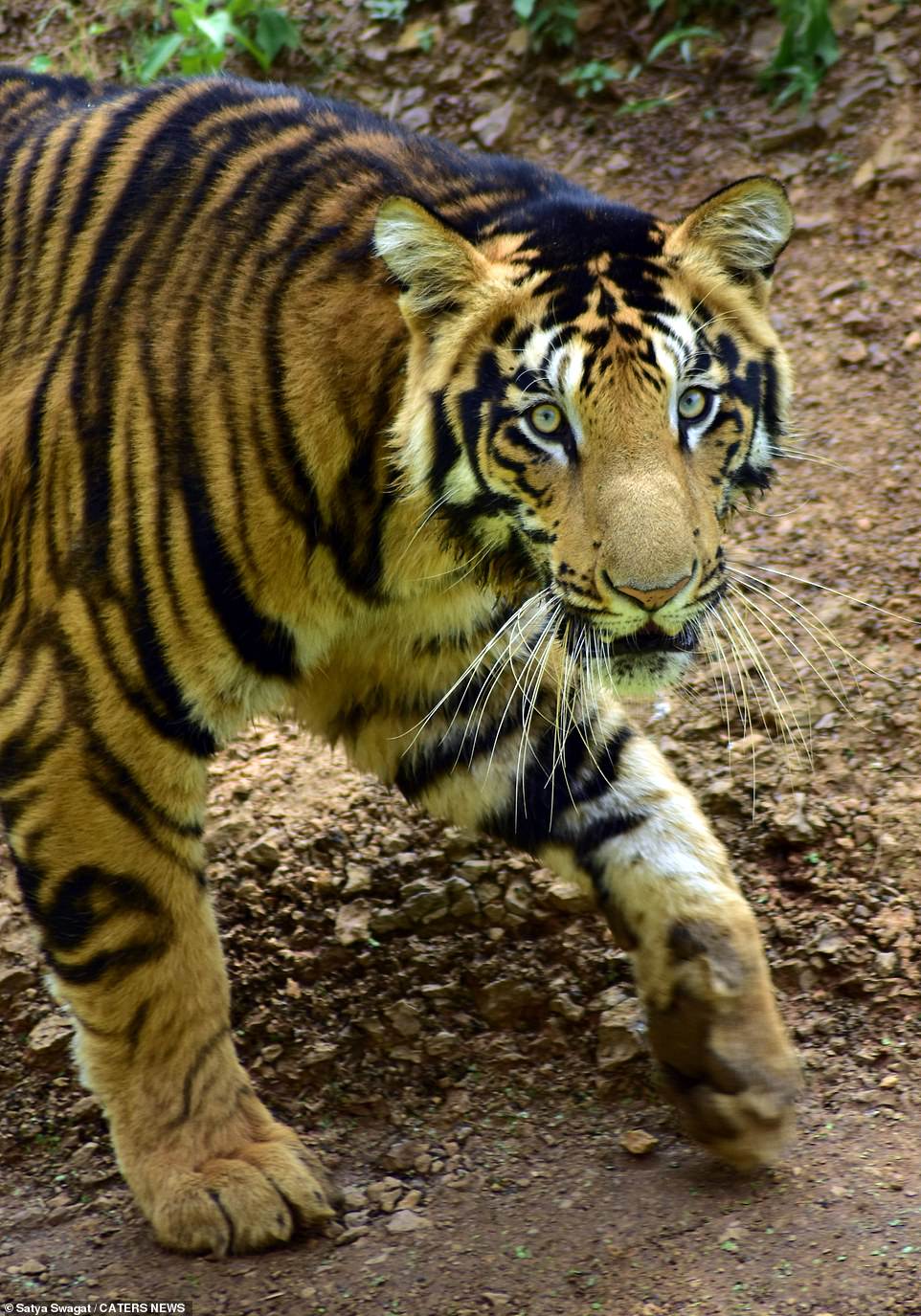 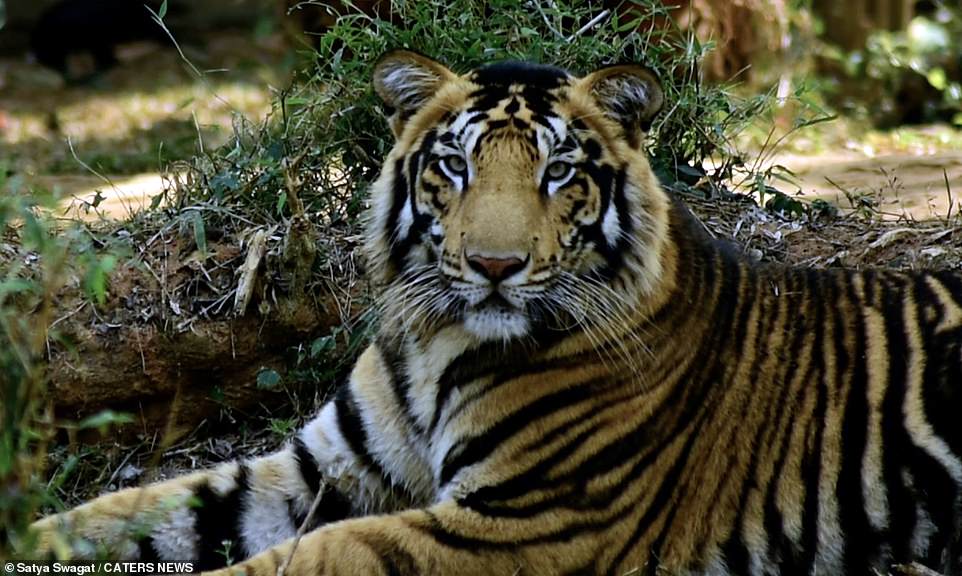 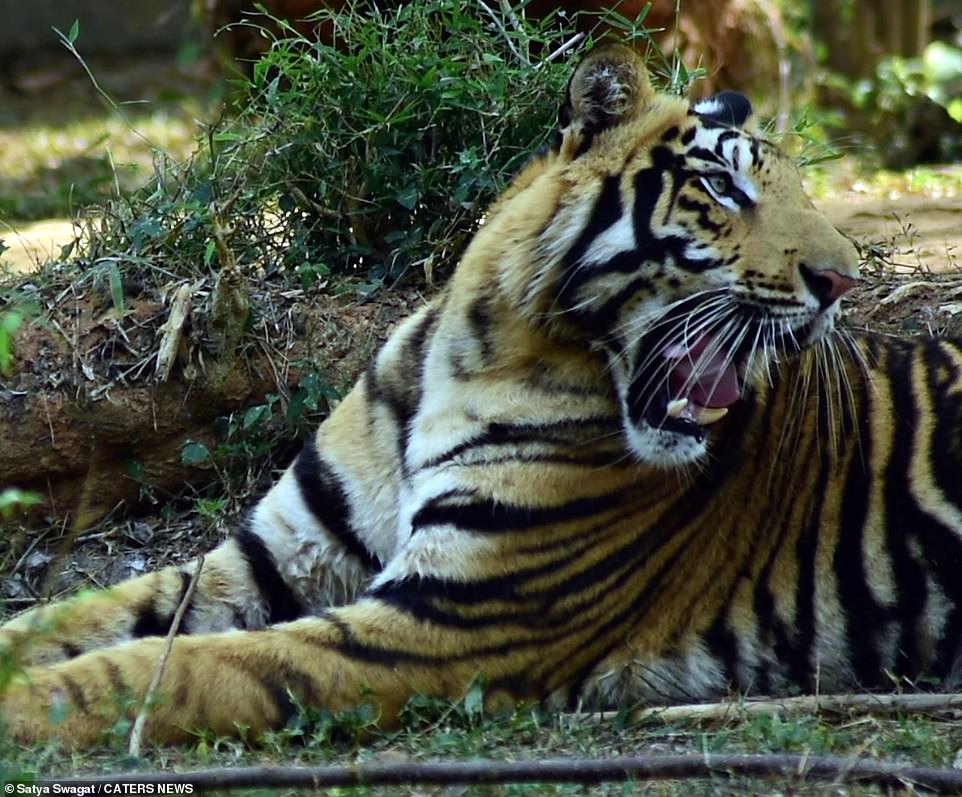 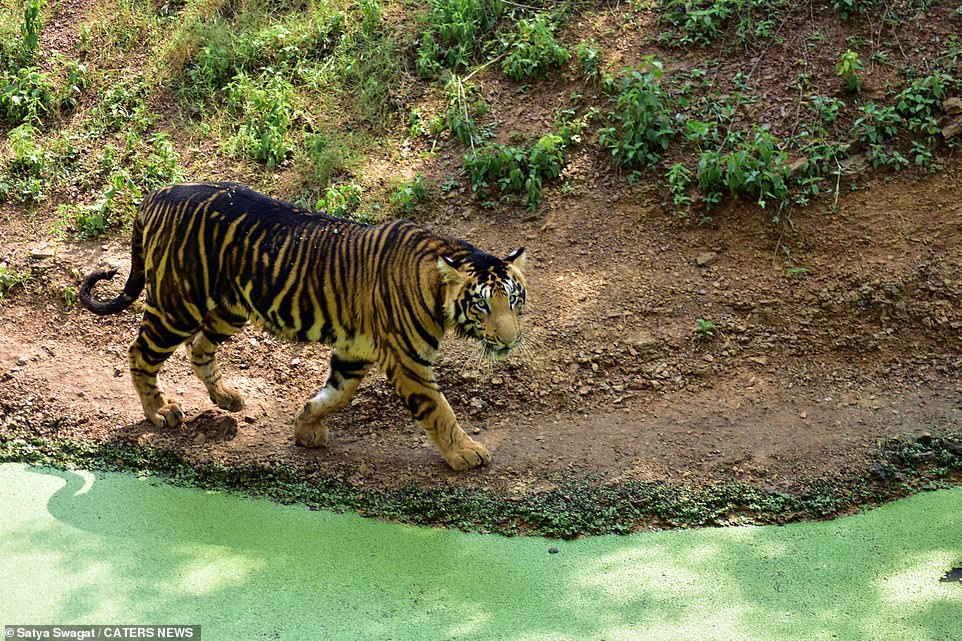 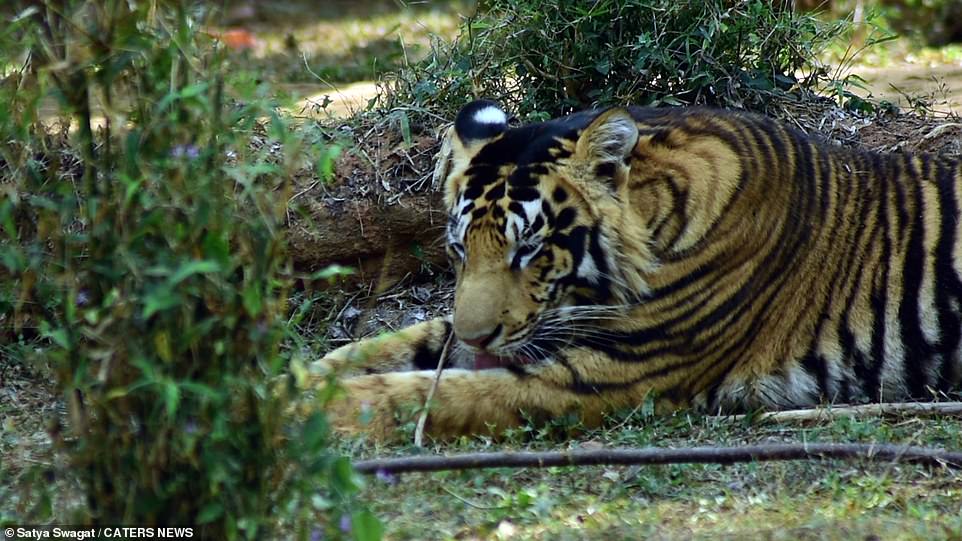 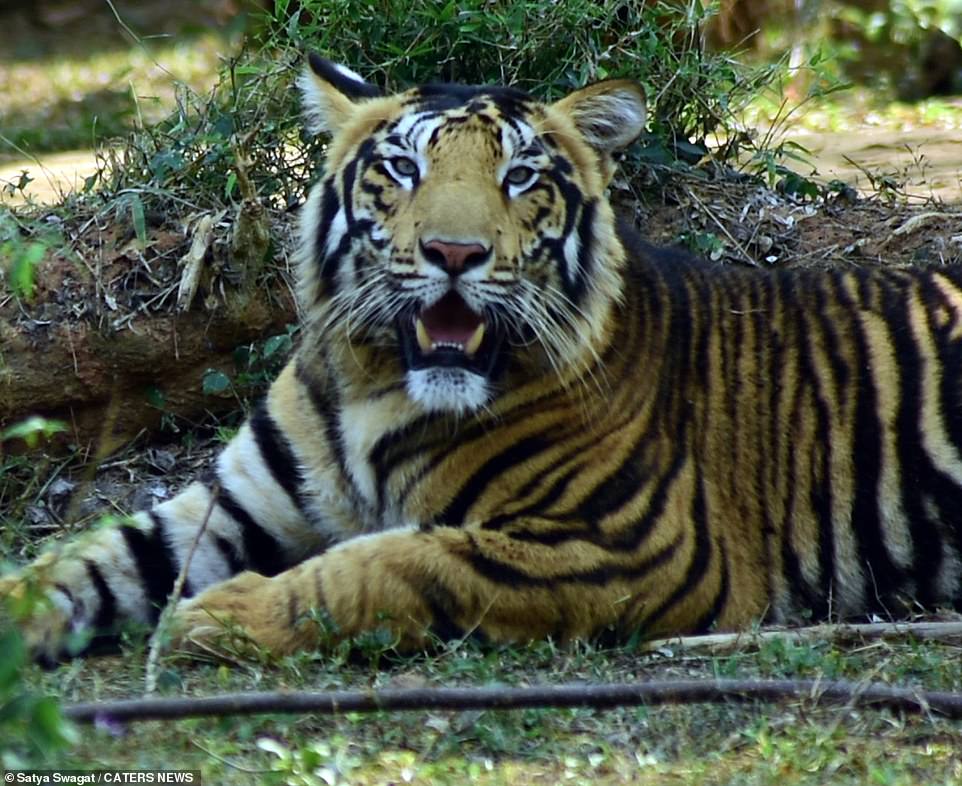 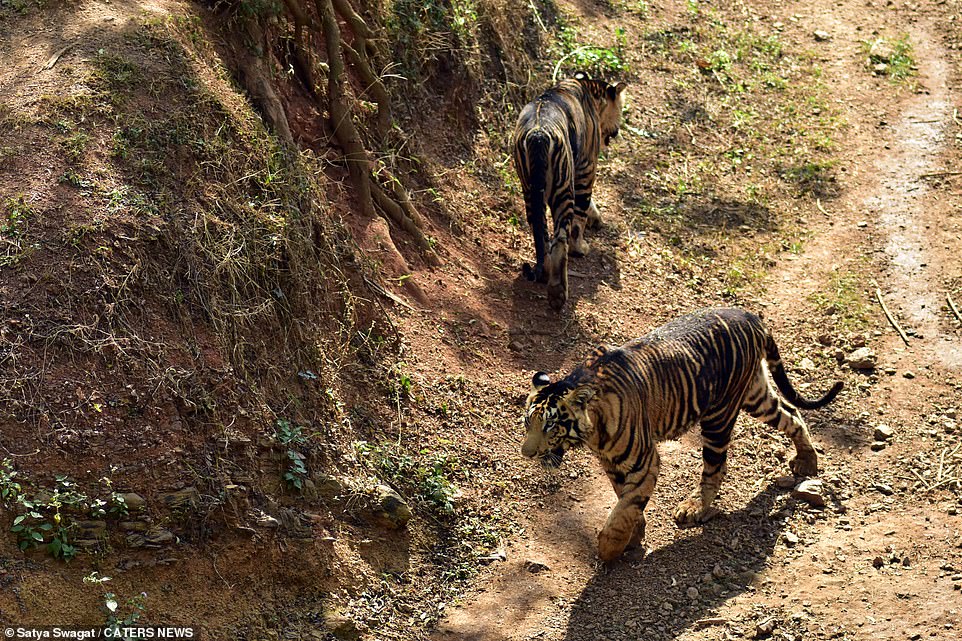 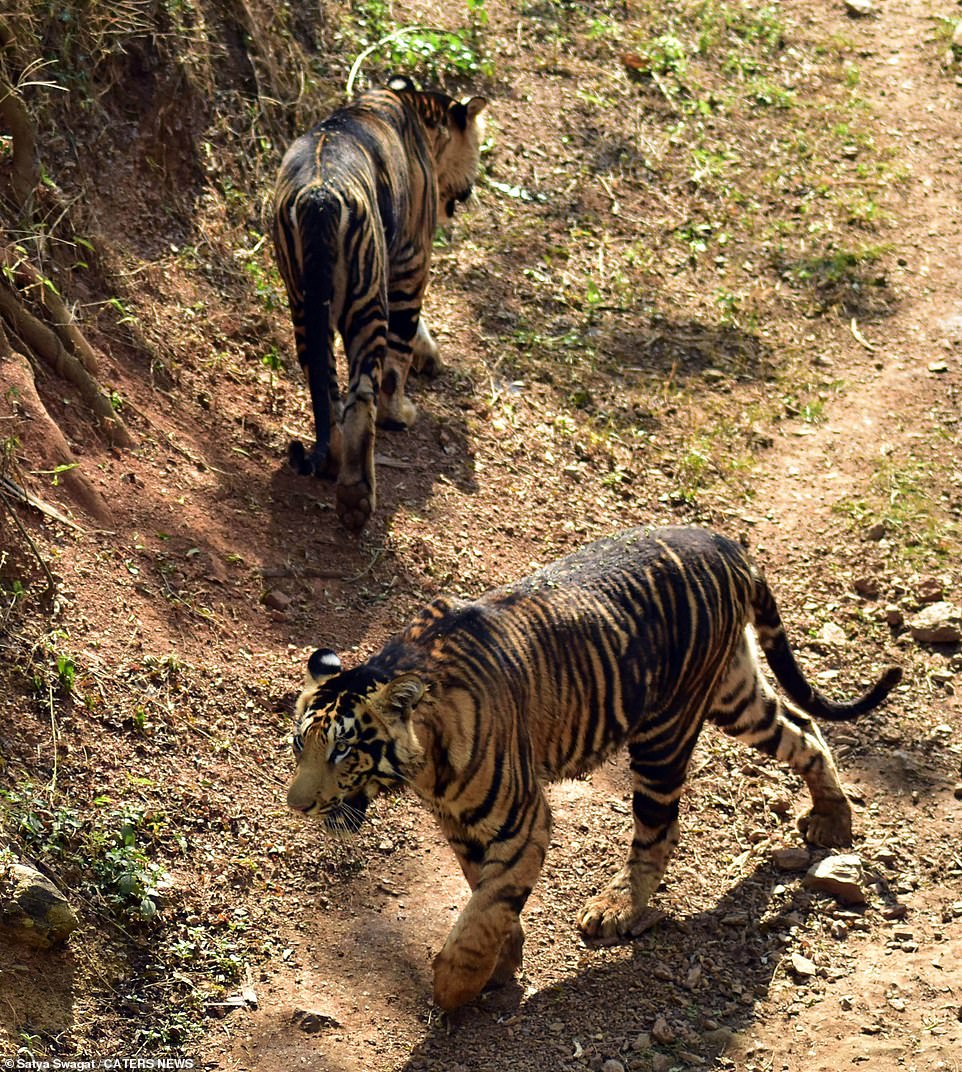 According to Indian Express, 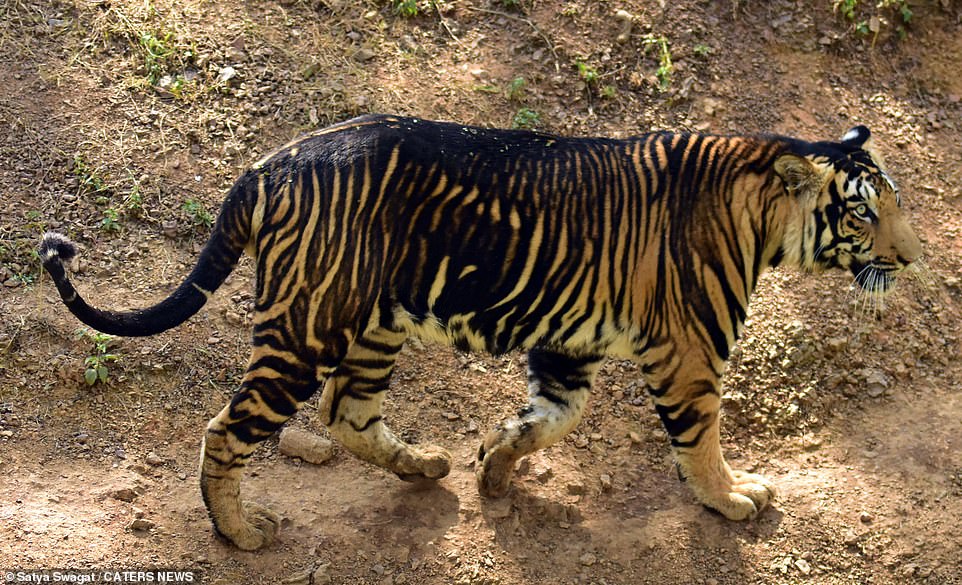 “The researchers combined genetic analyses of other tiger populations from India and data from computer simulations to show that the Similipal black tigers may have arisen from a very small founding population of tigers and are inbred.” 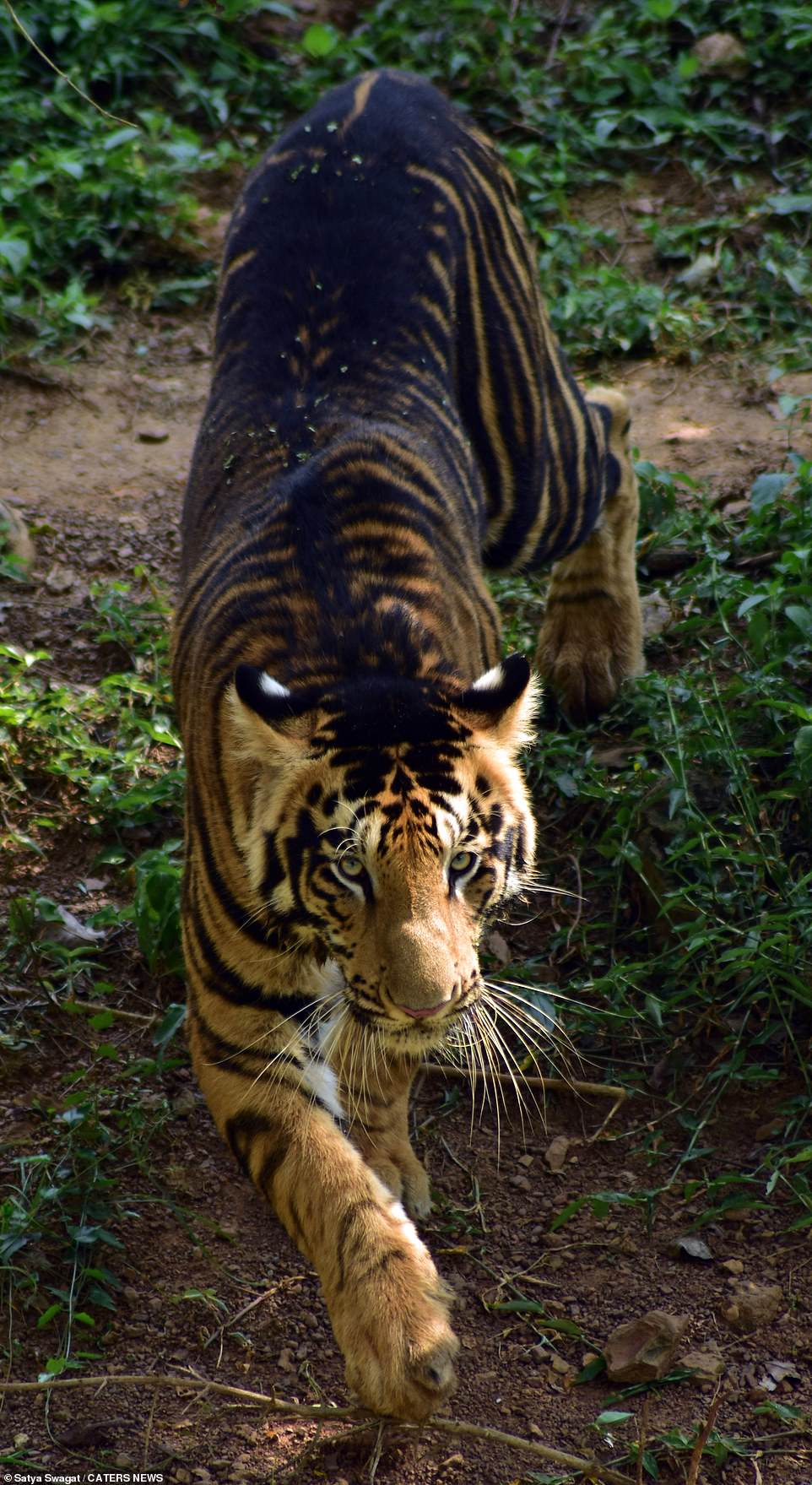 Only in Similipal, Odisha, have black tigers been seen since 2007, though they had been spotted there since 1993.