For Rwanda’s population of Mountain gorillas, poaching remains one of the biggest threats to their long-term survival.

But after decades of being a prime target for unlawful hunters, these critically endangered gorillas have apparently learned to outsmart them — and even the youngsters are getting in on the act.

This week, conservationists from Dian Fossey Gorilla Fund observed, for the first time ever, a pair of juvenile gorillas doing something remarkably clever: destroying sharp, wooden snares set out by poachers to trap them.

Just days earlier, a gorilla had been killed in a similar snare nearby, which may have familiarized the youngsters with the workings of those cruel devices.

“We knew that gorillas do this but all of the reported cases in the past were carried out by adult gorillas, mostly silverbacks.

Today, two juveniles and one blackback from Kuryama’s group worked together to deactivate two snares and how they did it demonstrated an impressive cognitive skill,” said Veronica Vecellio, a program director from the Fund.

John Ndayambaje, our field data coordinator, reported that he saw one snare very close to the group; since the gorillas were moving in that direction, he decided to deactivate it.

Silverback Vuba pig-grunted at him (a vocalization of warning) and at the same time juveniles Dukore and Rwema together with blackback Tetero ran toward the snare and together pulled the branch used to hold the rope. 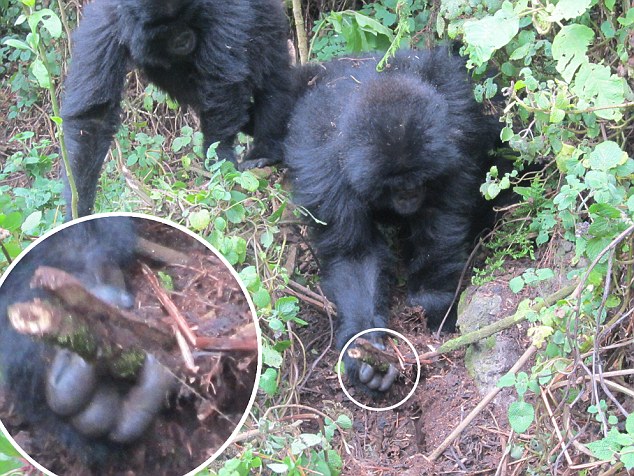 They saw another snare nearby and as quickly as before they destroyed the second branch and pulled the rope out of the ground. 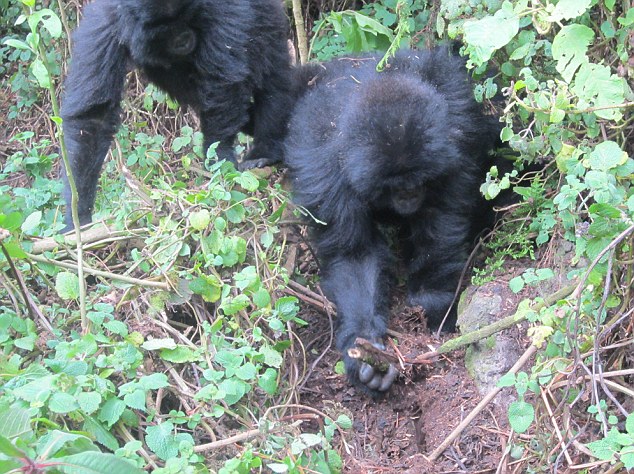 John and his team were able to dismantle several other snares in the area, but they’re quick to point out that poaching of gorillas has far from quelled. However, with a greater push towards conservation and some much needed international awareness,

Rwanda’s mountain gorilla numbers have grown by 17 percent in the last 15 years, proving that such in the field efforts really pay off — though it’s not just humans helping to keep the jungle a safer place for the species, says the Fund:

“Today we can proudly confirm that gorillas are doing their part too!”

The astonishing moment when two young mountain gorillas were spotted working together to find and destroy traps in their Rwandan forest home.

The pair we able to rip the snare apart without harming themselves. 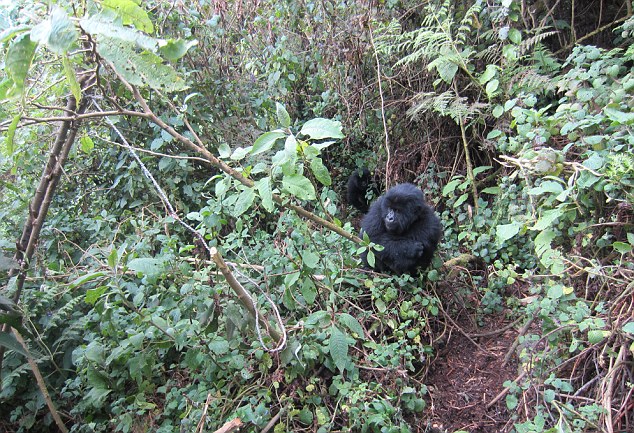 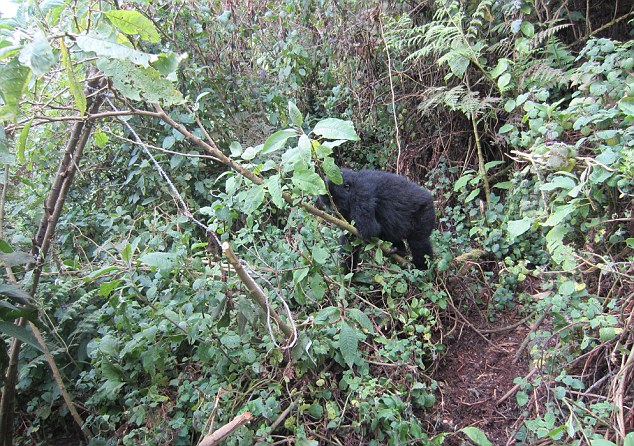 The gorillas were spotted near the Karisoke Research Center, located in the reserve where the event took place.