A chance encounter on a lake in Northern Saskatchewan has a fisherman talking about the white wolf that swam his way.

Bob Thacker, from Vancouver, was on an annual summer fishing trip with his brother when they spotted something unusual on Shadd Lake.

“I saw what I thought was a bit fat duck,”

Thacker told CBC News. “And as we approached it I thought that’s not a duck, it’s like a polar bear or an albino bear.”

As their boat motored closer,

“It was a white wolf that you don’t see very often,”

Thacker said, adding it was even more unusual to see one swimming across a relatively large lake.

Thacker learned from his guide that the wolf may have been part of a pack and been kicked out for some reason.

The wolf may also have been tracking prey.

“I had never seen a wolf before and was just amazed by it,” he added. ” 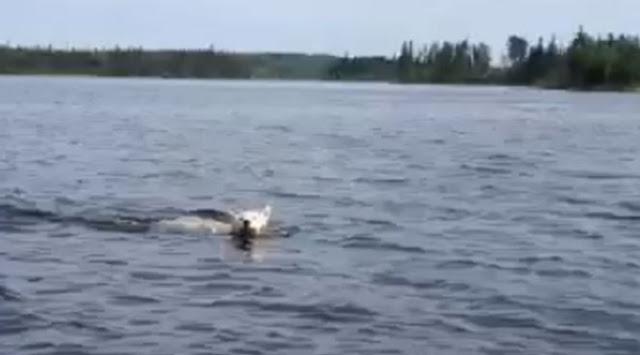 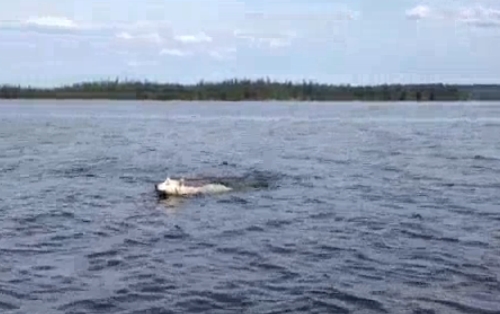 We got very close to it, but we didn’t want to disturb it or frighten it because it still had a ways to swim.

So we just got up close, took the video and took off to let it be.”