The 73-year-old runs Kuusamo Large Carnivore Centre with his brother Jalo in the north of the country, which has been home to more than 20 orphaned brown bears.

He was born in 1941 in Rovaniemi, but has spent most of his life on the same farm in Kuusamo – seeing his first wild bear before the age of ten.

‘If you’re born in the woods, there’s something of the animal in you too,’ Mr Karjalainen said.

‘People know me because of the animals.

That makes me happy.

When you’ve lived in the forest since childhood, you’re naturally close to animals.’

The bearman’s family ran a dairy cattle farm – and in the absence of a babysitter, his mother was happy to leave her young son to play in the sheep pen, before picking him up in the afternoon.

The family gave up farming after Finland joined the EU in 1995, at which point Mr Karjalainen began working on a research project studying Finnish carnivores.

And it wasn’t long before the animal-lover was asked if he would mind taking in a pair of orphaned cubs.

Over the years a deep bond has grown up between Sulo and his furry companions.

‘I look after them until they were well, and if they couldn’t be released into the wild again, they stayed here with me,’ Mr Karjalainen said. 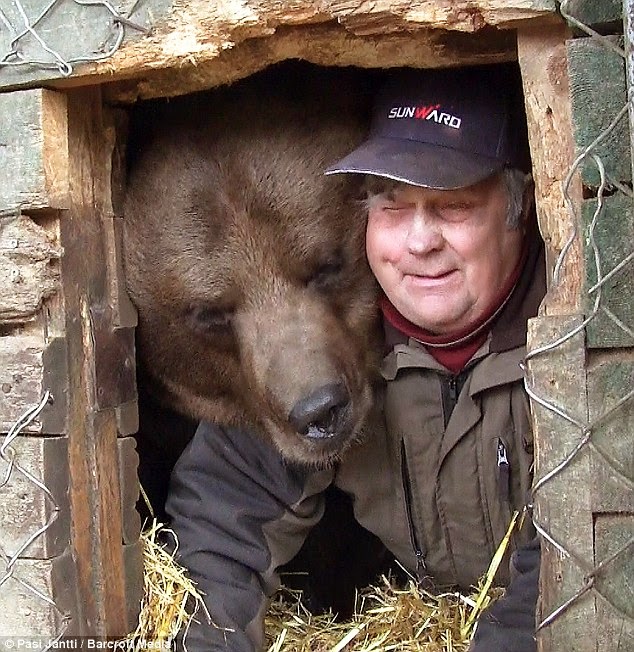 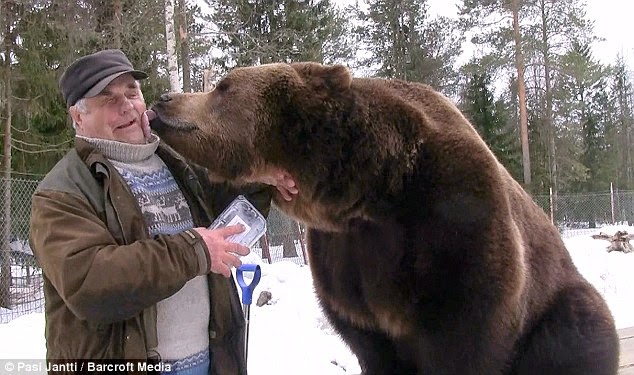