An orangutan climbs down a big trunk as an excavator smashes down on a pile of chopped trees, urgently trying to stop the machine with his hands. He attempts to cling to the cold metal, but slips and falls into the tree stack that was once his home.

The rain falls down as he tries, trembling, to climb back up.

The entire forest has been decimated around him.

This was seen on video recently in West Kalimantan, Indonesia, as a construction crew bulldozed a piece of the Sungai Putri Forest, a recognized home of critically en.dang.ered Bornean orangutans. Fortunately,

International Animal Rescue (IAR) was nearby and was able to save and transport the orangutan to a secluded, protected region of woodland. His sad predicament, though, demonstrates how far these creatures have been driven by humans.

“Unfortunately, incidents like these are becoming increasingly common in Indonesia,” IAR commented in response to the video.

“Deforestation has led the orangutan population to fall; habitats have been lost, leaving orangutans to hunger and d.ie.” Sungai Putri Forest is one of the few remaining habitats for wild Bornean orangutans,

although it is under th.re.at from the spread of palm oil plantations and other development projects. According to a recent Greenpeace Indonesia study, at least six illegal logging villages exist in or around this exact forest. 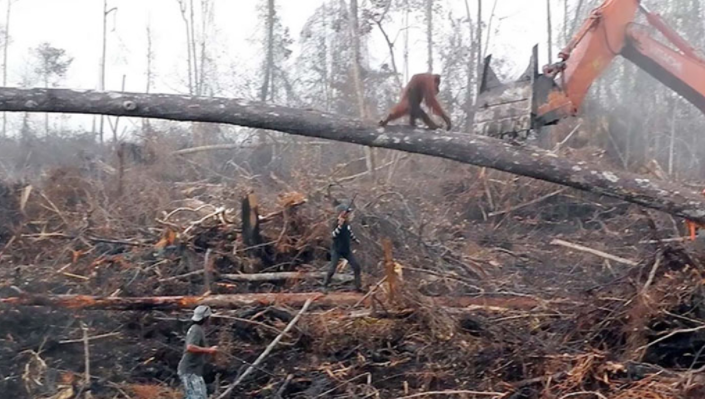 The logging is claimed to take place largely at night, even in locations where mother orangutans have constructed nests to raise their young. 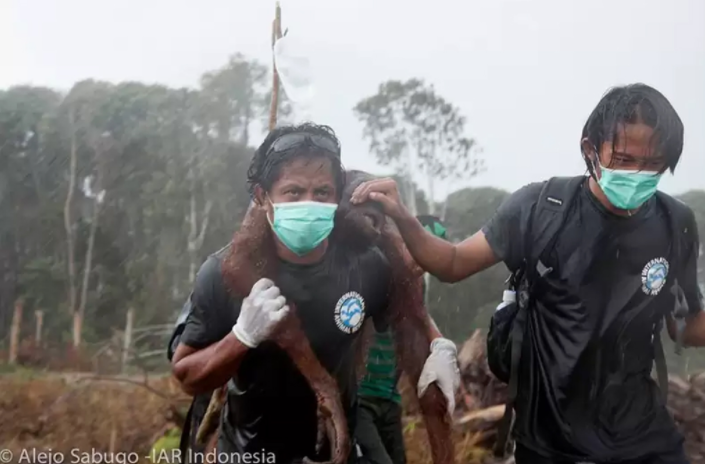 Bornean orangutans have lost more than half of their native habitats since the 1970s. In addition to the destruction of the apes’ habitats, they are at risk of

being shot if they attempt to return to the property after a palm plantation is operational. 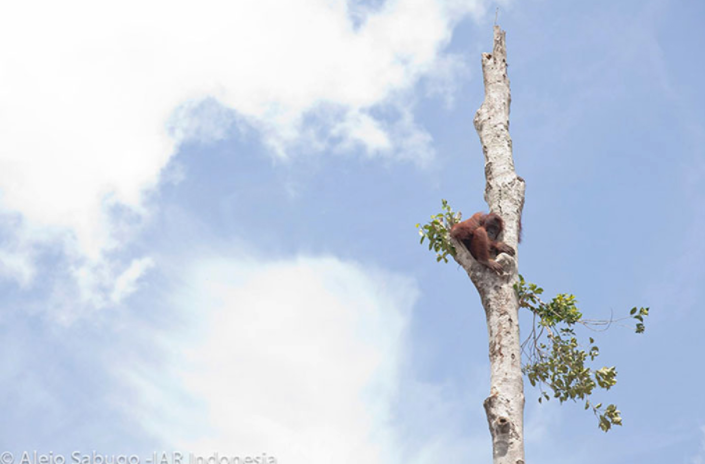 “Sungai Putri has one of the world’s greatest populations, and we are at a critical juncture for the Bornean orangutan,”

“They can’t exist without woods like these.” IAR is actively working on the ground in Indonesia on land conservation measures to protect orangutans’ natural habitats. 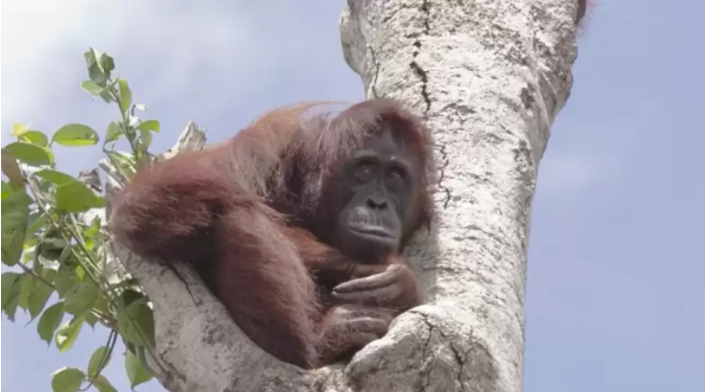 But, as development continues to devastate forests, they need all the aid they can get to conserve these priceless apes.