Amateur photographer Marc Mol, flew in a microlight aircraft to take aerial shots of a pink hippo after hearing rumors of its presence in Zambia, Africa.

According to Marc, “I was on holiday at the time and after hearing about the hippo,

I couldn’t wait to try and photograph it. Our pilot had known about the hippo for the past five years but he had not yet seen it that season,

I was incredibly lucky to see it in the flesh. ”

“Pink hippos are a rare animal to see and it stood out like a beacon amongst all the other hippos.

Being at least five years old, one can deduce that it was surviving fairly well out in the wild despite being a leucistic animal.

Taking a picture was incredibly difficult whilst sitting on the back of the microlight, especially when you have multiple cameras hanging from you neck.”

The picture Marc captured was of a rare pink hippo bathing in the waters in South Luangwa, Zambia, Africa, while surrounded by many of his normal-colored hippo relatives.

Contrary to popular belief, this hippo is not an albino but is leucistic, a condition where the pigmentation of cells fail to develop properly. 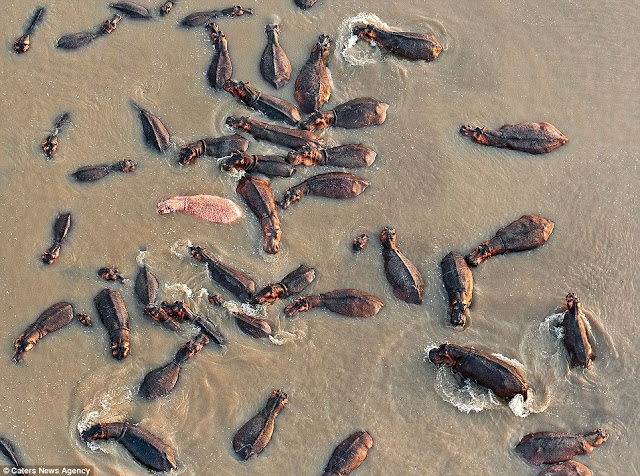 Leucism is a rare mutation because it can often affect an animals chances of survival as it makes them visible to predators as well as being at risk of sunburn. 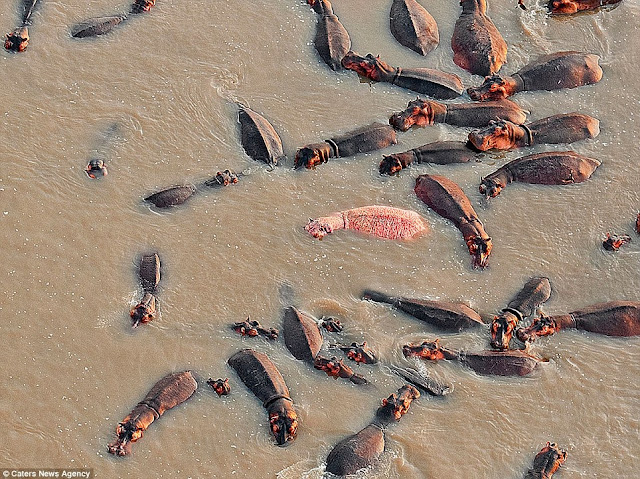 However, hippos do have an advantage in that they are big enough to defend themselves against attackers as well being able to use their sweat as sun screen. 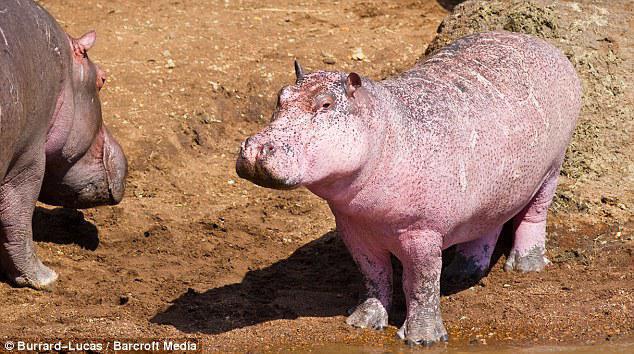 The image of the hippo was taken in November 2011, but it is still known to be in the area. May it live a long life! 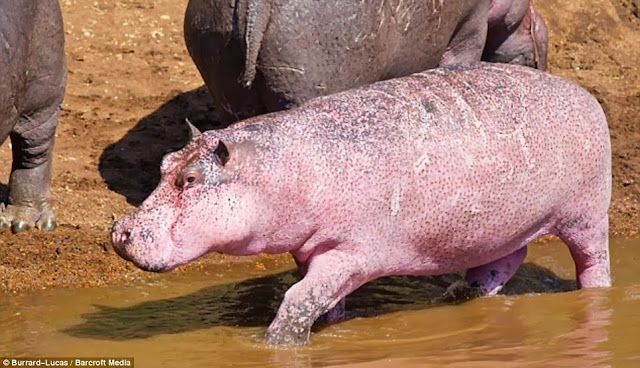 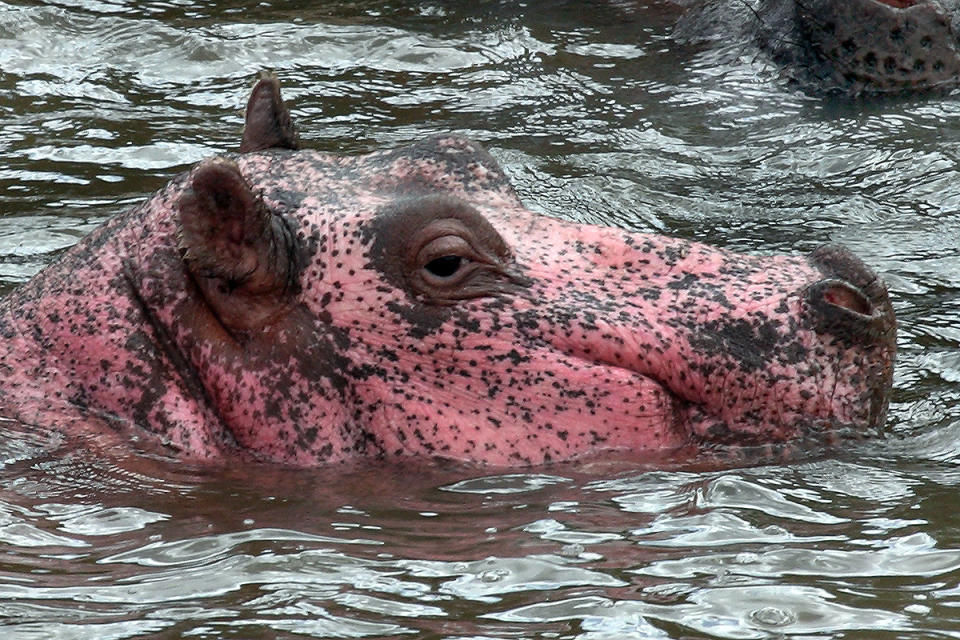