This is the first time Maurice Lamothe and Nicole Leblanc have ever seen an white moose, let alone two.

They spotted the white moose and calf while travelling on highway 101, just 15 minutes from the town of Foleyet.
Lamothe says he’s heard about the protected animal before but has never seen one in person, even though he’s been hunting in the region since the late 1970s.

In an interview with Radio Canada he said he’s pretty sure this will be the only time in his life he’ll have this opportunity.
Nicole Leblanc was the one to shoot the video while Maurice slowed down.
They came upon the two animals as they came up over a hill.

As of Monday afternoon, the video has reached more than 200,000 people on Facebook.
Lamothe says he’s just pleased they are able to share such a rare and beautiful sight with others.

Vince Crichton is a retired wildlife biologist now living in Manitoba. Moose biology and management are his area of expertise.
>He says he’s seen more than 30,000 moose in his lifetime while doing surveys and has yet to spot a white one.

He says there are two types of moose in that area of northern Ontario. 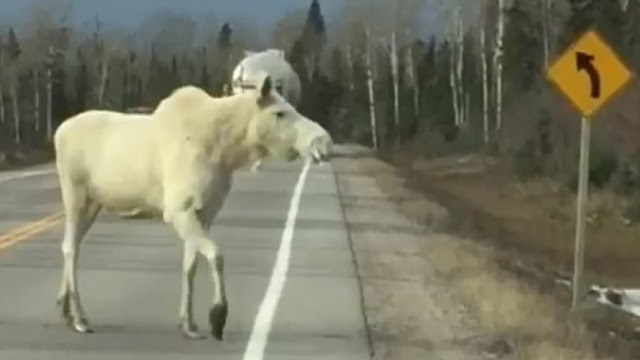 He says he and his wife have a camp in the region and have often made the trip from Chapleau to Timmins in hopes of catching a glimpse of one. 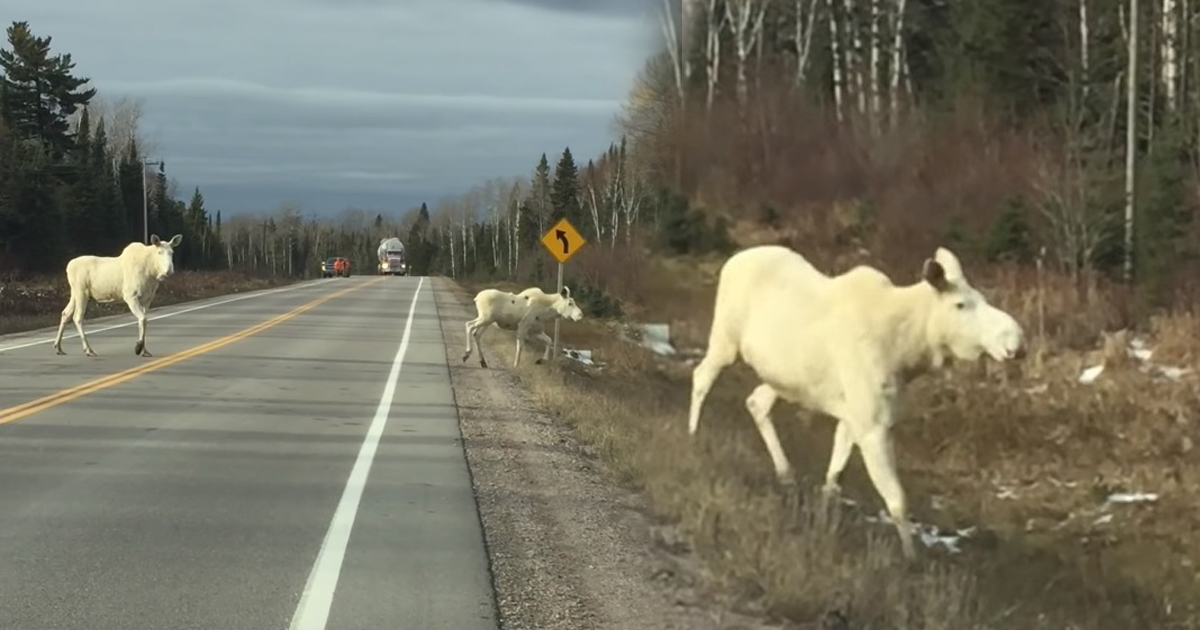 “They used to have a white moose reporting station on the highway just outside of Foleyet at the gas station,” says Crichton. 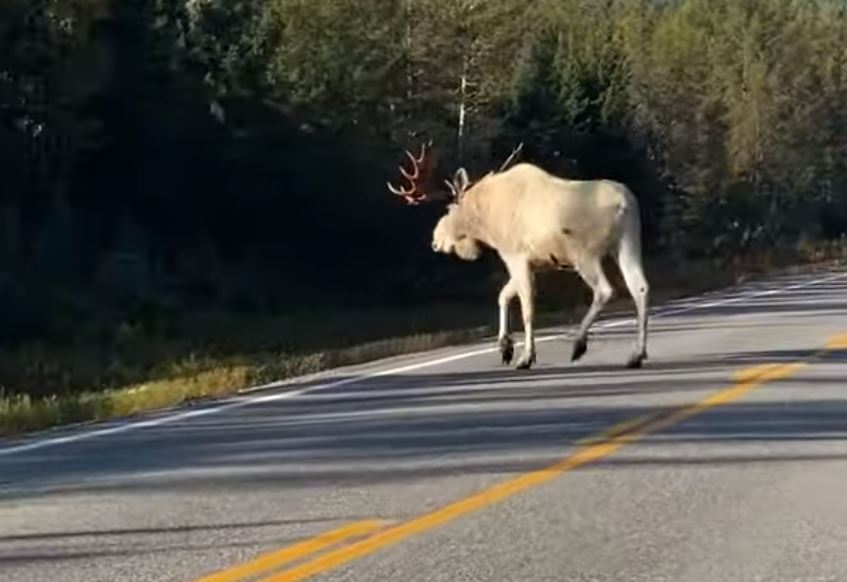 Jane Armstrong of Foleyet launched a campaign to protect the white moose in the area over ten years ago. Legislation was passed in March 2006.
Armstrong has spotted the white moose a few times in her life.

The first time was while she was hunting back in 1990.
She says there have been reports of a big white bull in the area that she says is quite a magnificent sight.