A woman going for a run on a southern Sydney beach has stumbled upon a rare bright-purple jellyfish washed up on the sand.

Stephanie Paterson snapped a picture of the strange creature on Friday morning while running along Cronulla beach.
It was its incredibly bright colour that made me stop,’ Ms Paterson said online. ‘Got a picture and just wondering if anyone knows what type this is. I’ve never seen one like this before.’

Murdoch University marine expert Mike Van Kuelen told Daily Mail Australia the mysterious creature appeared to be a Crown Jellyfish which are commonly found in tropical waters to the north. ‘It’s likely been pushed down to Sydney by the East Australian Current (EAC), which flows from the tropics to southern Australia.’

Mr Van Kuelen said that as waters warm from climate change the current has been pushing south and it is likely tropical species would be seen outside their normal habitat.

‘We appear to be having a particular strong EAC this year, with a marine heatwave causing bleaching on the Great

Barrier Reef over the last few months. An increase in the current like this usually pushes tropical species further south than normal.’ 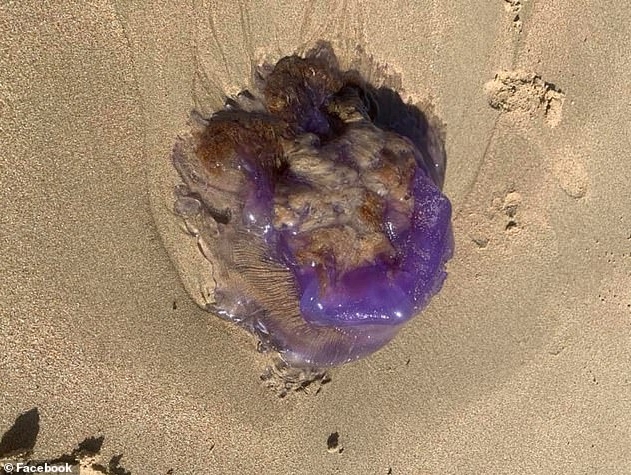 Wow! How interesting and unusual. Thanks for sharing. Kids will love it.’ one person said.

‘So pretty!’ another person said. 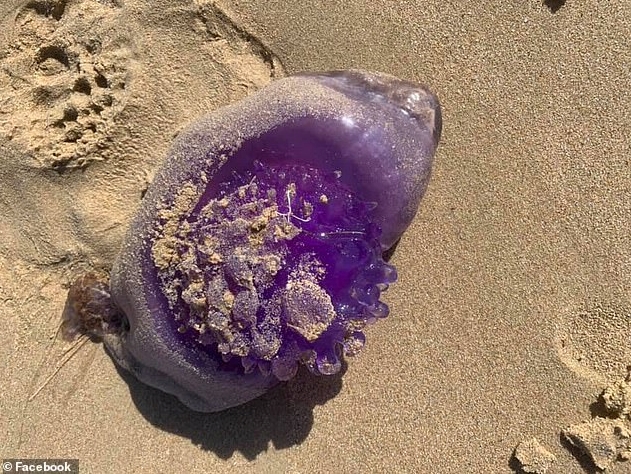 Pictures of that find were also posted online showing the vibrant purple colour and the dense lumpy section on top of a thinner wavy tail. Another expert previously told Daily Mail Australia there have been increasing reports of finding the species along the southern New South Wales coast.

Australian Museum Research Institute marine invertebrate expert Stephen Keable said the Crown Jellyfish are generally reported in Queensland from around Hervey Bay to Stradbroke Island.
‘We have had records south to Bermagui and Narooma in NSW in the last five years,’ Mr Keable said. 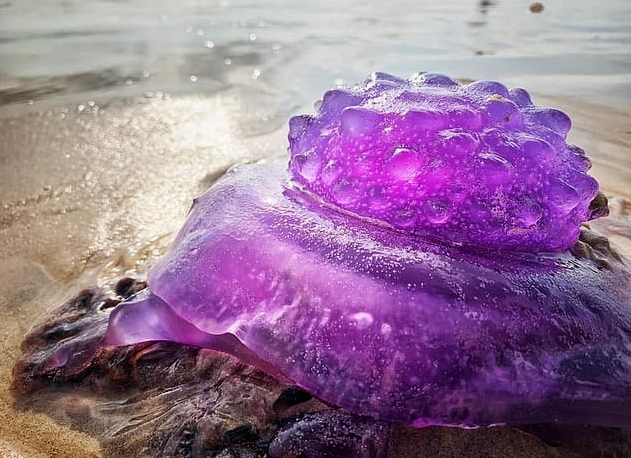 The images of the jellyfish from last year were posted on the Byron Bay Community Board Facebook page.

Plankton researcher Julian Uribe-Palomino from the Commonwealth Scientific and Industrial Research Organisation (CSIRO) said although an examination would be needed to be completely sure what species it is, he thinks it is a Crown Jellyfish, known by the scientific name Cephea cephea. 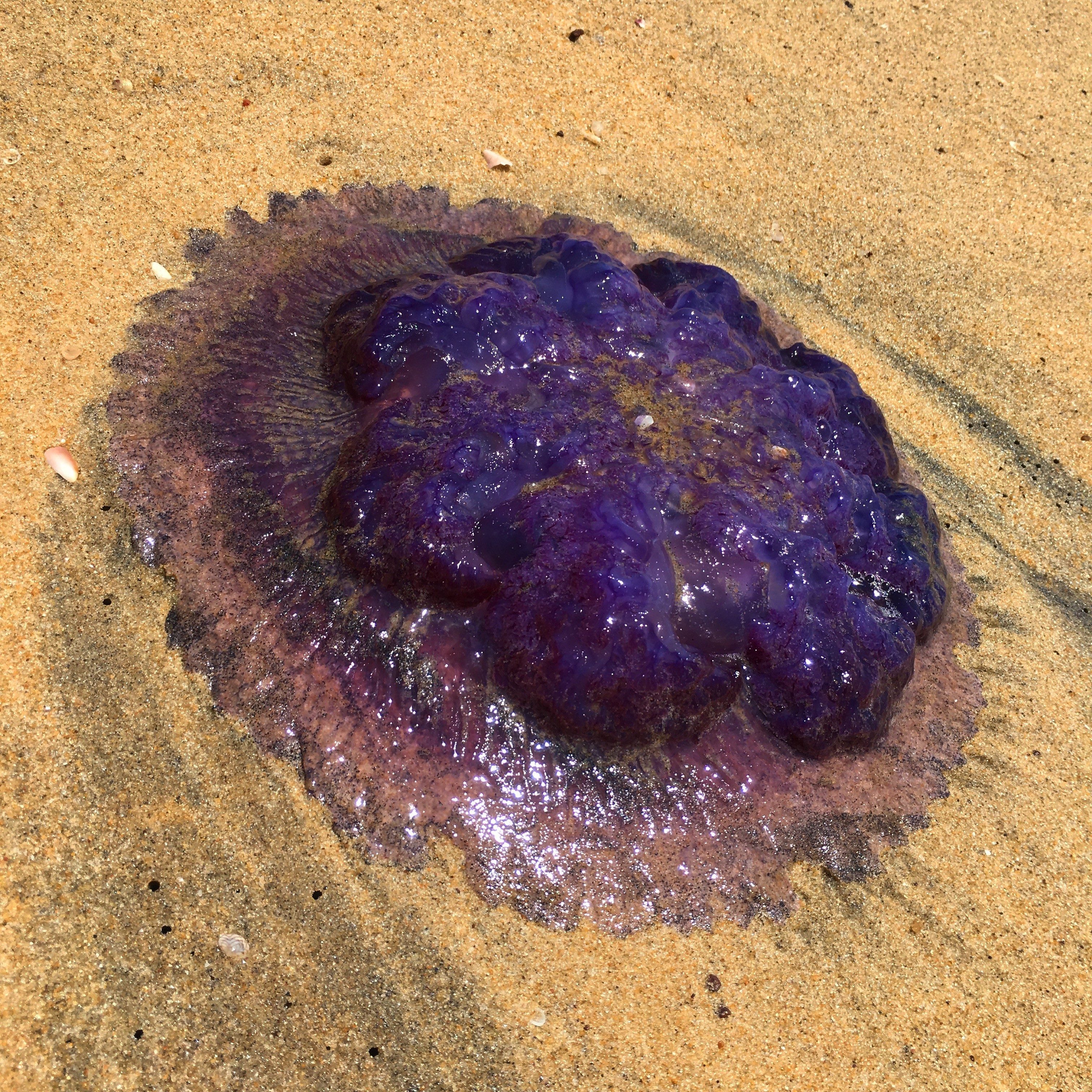 ‘Animals that live in open waters are not observed that often unless they are washed on the beach because of strong winds or ocean currents,’ Mr Uribe-Palomino said.

The scientist encouraged anyone who finds such a creature to contact the Atlas of Living Australia with their photographs and information about their find.

‘Encouraging people to submit information might help researchers to track species distribution and also to find the frequency of observation and seasonality of those animals,’ he told Daily Mail Australia.