It’s always nice to have a hero in our lives, and for Paula Godwin of Arizona, her hero happens to come in the shape of her beautiful puppy named Todd!
Paula was out for an early morning hike with her dogs when she almost stepped on a rattlesnake.

Her golden retriever Todd jumped right in front of Paula to defend her so she wouldn’t get bit and ended up being bitten himself.

Paula immediately rushed Todd to a local animal hospital where he was treated for his bite.

Paula and Todd’s story has done the rounds on social media, making Todd a lot of fans internationally.

Todd has now become something of a Twitter celebrity overnight.

He jumped right in front of my leg where I surely would have got bit.

This is what a hero looks like please say a little prayer for my sweet hero.”

Todd is making a good recovery, but as you can see from the pictures, his snout is badly swollen and bloodied in places from the snake’s attack. 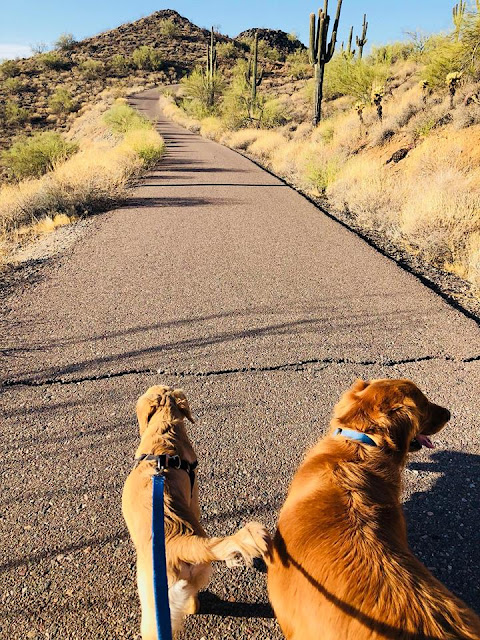 Paula’s Facebook page is awash with wellwishers for Todd, and she is keeping us all updated with his progress.

We wish you a speedy recovery, Todd!

Rattlesnakes are amongst the most dangerous venomous creatures in the world. There are 36 species of rattlesnake, 13 of which live in Arizona. Their typical prey are small mammals, birds, reptiles, amphibians, and centipedes, or in the case of poor Todd here, our family pets!

While not all rattlesnake bites prove fatal for us humans, they can be for our dogs without the correct treatment and serum. Though it has to be said, while we would prefer that Todd and other dogs like him didn’t get attacked by snakes in the first place, this snake was only doing what comes naturally and doesn’t deserve a retaliatory attack. 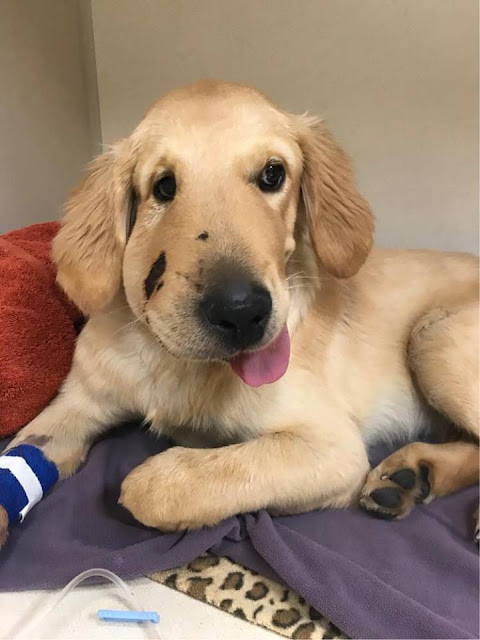 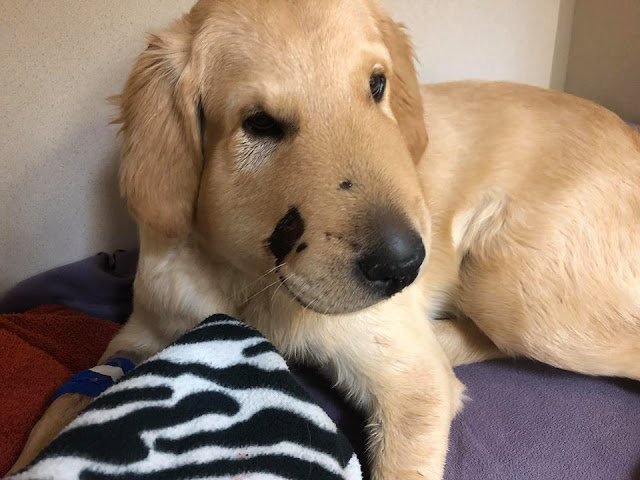