Here comes the touching story of Shirley and her keeper, Solomon James. Trapped in a man-made world,

Shirley’s life at the Louisiana Purchase Zoo was a lonely one, bereft of the company of other elephants.

Solomon looked after her and made sure she knew she had one friend, writes reshareworthy

Shirley was just a calf when she arrived in the United States and performed in circuses across the country.

But after her leg got injured she was retired and taken in by Louisiana Purchase zoo. It was a charitable act, but the zoo only had room for one elephant.

For 22 years, she never saw another elephant. For a social animal like an elephant, it was a lonely existence.

During her time at the zoo, she was taken care of by Solomon.

He made sure he spent as much time as he could with her, comforting her and keeping her company.

Finally, in 2003, the zoo arranged for Shirley to go to the Elephant Sanctuary in Tennessee.

It was a “little piece of heaven”. At long last, Shirley would be able to roam free and be with other elephants.

As the time to say “goodbye” grew closer, Solomon broke down in tears. 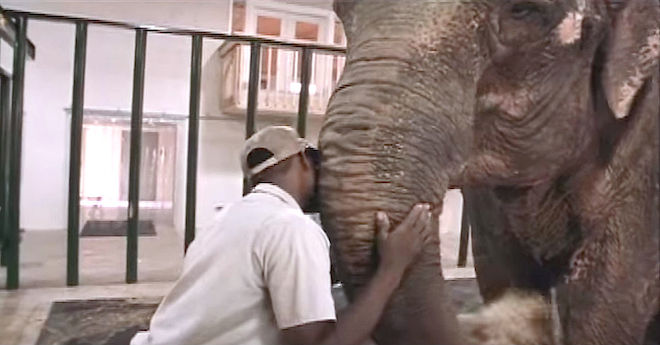 “I am going to miss her,” he says. “But when I saw this place I told her that there will be no more chains.

I don’t know who was the first to put a chain on her but I am glad to know I was the last to take it off. She is free at last.” 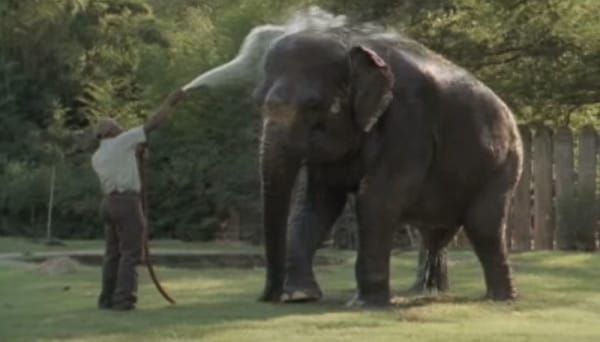 When Shirley arrived at the sanctuary, the staff were in for an amazing surprise.

Her first night she was in a pen next to another elephant named Jenny.

The two elephants trumpeted throughout the night and bent the bars between them, trying to get to one another.

It was something the staff had never witnessed before.

It turns outs that Shirley and Jenny had worked at the same circus almost 25 years earlier. 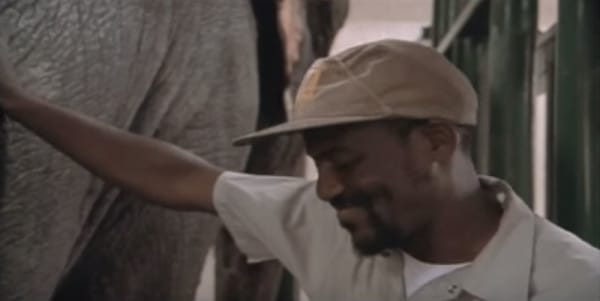 Shirley had taken care of Jenny like a mother when she first arrived as an infant.

From that point forward the two elephants were inseparable.

Watch a clip from The Urban Elephant, the award-winning documentary of Shirley and Solomon.

Share Shirley’s emotional journey with your friends and family!