Animals go through tragedies and unlike most humans have to endure heartache alone, write theanimalclub.

But for one cow who suffered a tragic experience alone in a field, little did she know that a human would step in to give her the love that she needed

Benjamin Tipps was visiting his mother-in-law’s home in Texas on Mother’s Day, when he was compelled to stop and help a mama cow in need.

In a field nearby his family’s home a cow had been going through a long and difficult labor which has lasted several days.

Despite her hard work her calf didn’t survive and all the exhausted cow could do was lay on the ground and say goodbye to her baby.

Benjamin was so moved by her experience that he went to comfort the cow and lay with her, holding the grieving mom while she went through every parent’s worst nightmare.

His actions were caught on camera and shared on social media alongside the words:

“What a great heart this man has.

This momma cow lost her baby yesterday and Benjamin laid with her and petted her to try and comfort her.

Such a sweet yet heartbreaking picture.”

Benjamin told local media he had saw the cow fall to the ground during labor and the calf had been stillborn.

The cow became distressed and was motionless and unable to move after losing her baby.

He sat with her hugging and comforting the cow during her hour of need.

If only we all had this level of empathy for our precious animal kingdom.

Please share to pay tribute to this sweet man and his kind actions.

This story originally appeared on theanimalclub.net 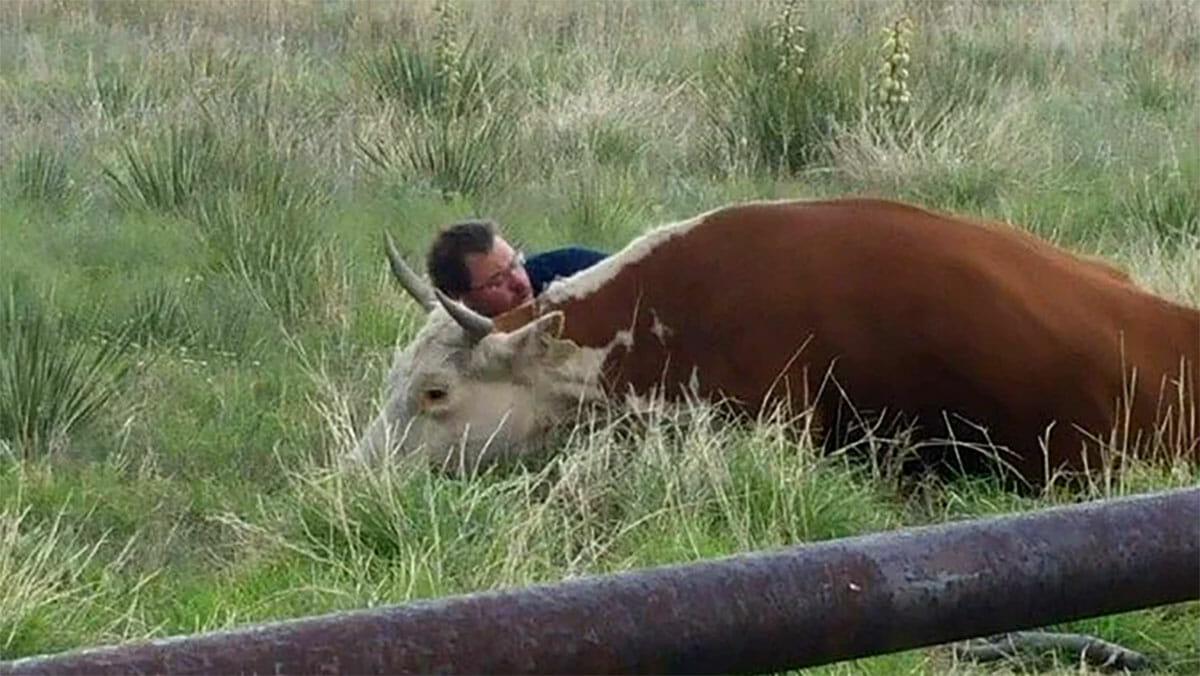