Anurag Gawande, 24, came across the melanistic leopard while on a safari at the Tadoba National Park, India, in January.

In the video footage below, the melanistic big cat can be seen crossing a track and staring straight into the camera as Anurag films.

He recalled: “It was surprising because we thought we will see a tiger but we saw black leopard strolling on the pathway!”

Amazingly, it wasn’t the first time the photographer had encountered the rare leopard, having also spotted it a year ago.

However, he said he was equally thrilled to have seen it again, adding: “This was my second time that I was watching it.

“I felt the same thrill while watching it but this time I was aware of its moment.

We kept our vehicle off and kept enough distance so that it will not move from the spot.”

While melanistic leopards are already rare due to their black coats being coveted by poachers, this particular male leopard is the rarest of its kind as its black spots are distinctly visible on his shiny coat.

The leopard – photographed as it was sharply contrasted against the clay-red ground it was walking over – is the only such wild cat in the national park, Gawande said.

The wildlife photographer added that they had been hunting a deer when his safari group came across the rare cat. This is a genetic mutation, just like albinism but is not recessive.

This means the child of a melanistic animal will not share the same coloration. 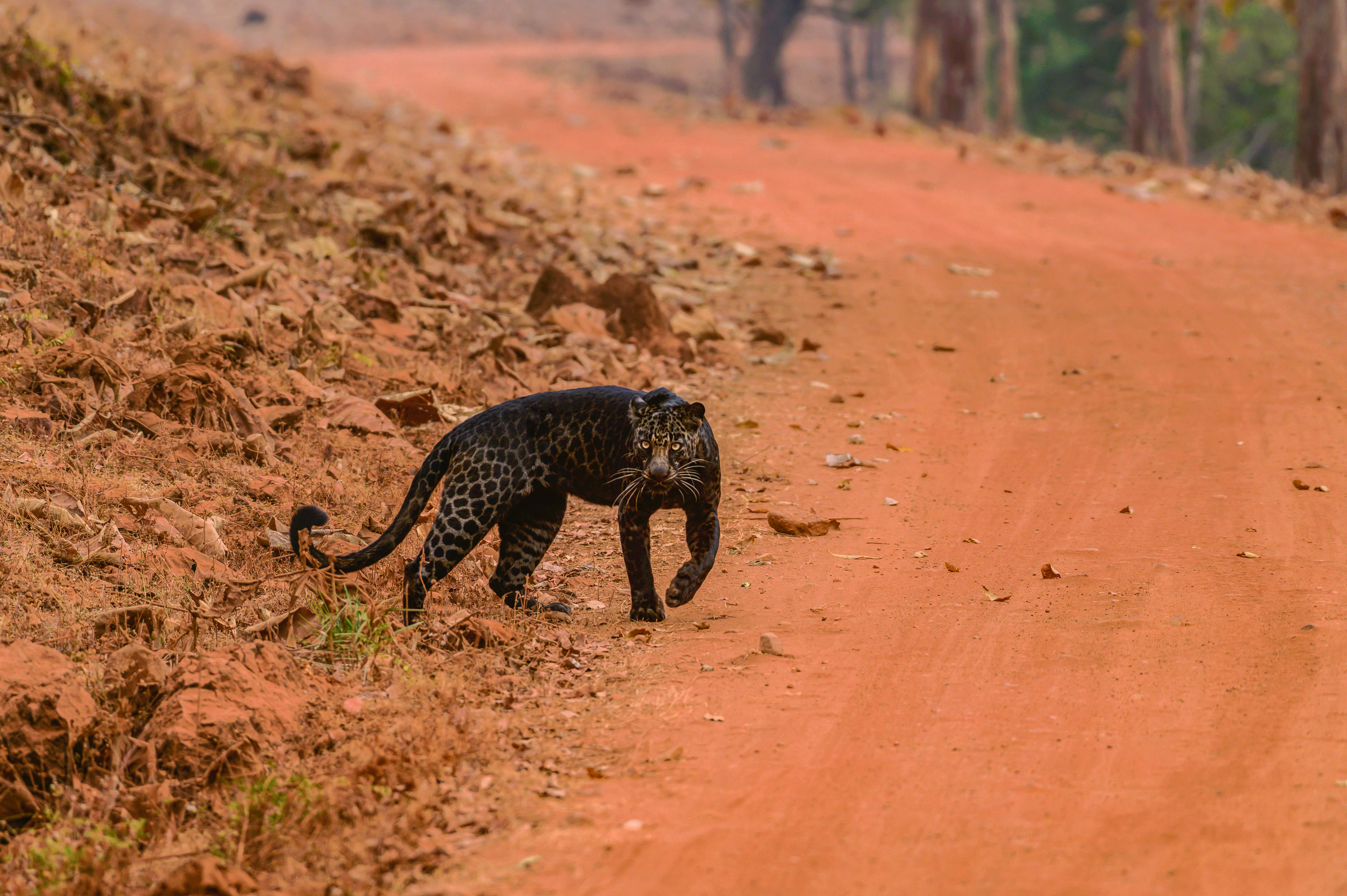 Around 11 percent of leopards have this unique pigmentation, making them a very rare sight.

The male leopard is the only one of its kind at Tadoba National Park in Maharashtra in western India.

Anurag said “We were tracking a tiger but on the way on Tadoba lake we heard a deer call and at the next moment we saw Black leopard. It was sitting on the pathway.”

“Then he saw a deer and then he tried to hunt that deer but he failed. Then again it came back on road and sat there for 15-20 minutes and we got some amazing shot of the majestic animal.”

“It is the only black leopard of Tadoba national park.”

The black pigmentation can occur in a number of species, including the ‘Panthera’ genus, which includes leopards and the larger member of the Panthera family – jaguars.

Indian leopards are listed as a vulnerable species following habitat loss and poaching. Between 12,000 and 14,000 are believed to live in India.