Mayane Rodrigues observed something amazing occur outside the window of her Brazil apartment on a rainy, gloomy day.

Rodrigues saw a little girl pausing on the wet sidewalk as she made her way home from school on the street below.

She had put down her umbrella and removed her jacket before removing her backpack.

When Rodrigues saw a drenched stray puppy at the girl’s feet, he understood that everything was for her.

Rodrigues then watched the girl carry the puppy in her arms as she walked away.

“It all happened so quickly. It was very emotional,” Rodrigues told The Dodo. “I sent the video to a friend who, shared it to a neighborhood group, and then I found out who the angel was.”He

The girl’s name is Cibley Stiegelmair, and despite being only 12 years old, she made a huge impact in the poor stray’s life.

“I was startled when she arrived with the puppy because she was very sweaty and wet from the rain,” Rejane Stiegelmair, Cibely’s mom, told The Dodo.

“There was blood on her shirt. I thought she had been hurt, but she told me she found the puppy injured.” 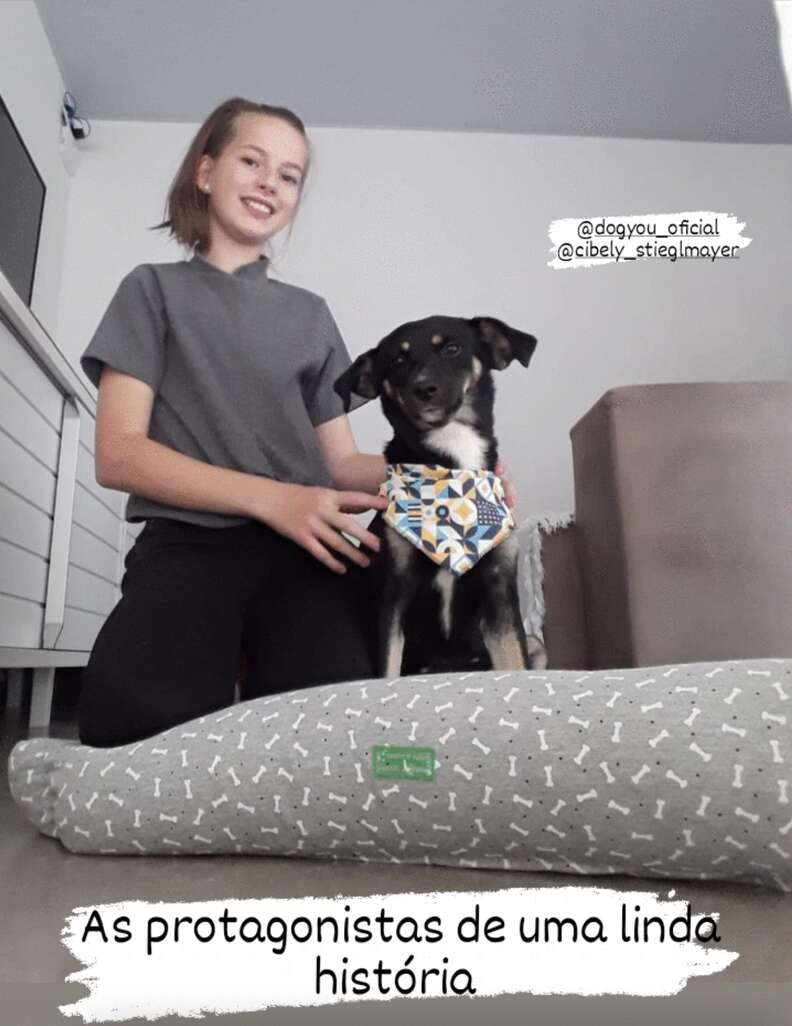 Fortunately, the dog didn’t sustain too much damage and was nothing that some tender loving care couldn’t fix.

“Cibely has a very good heart. She feels very sorry for stray dogs,” Rejane said. “If she could bring them all home, she would.”

Cibely gave the puppy, whom she called Pretinha, a warm welcome into the household.

Pretinha’s exact circumstances are unknown, but one thing is certain: Cibely has made her future appear more promising than it has in the past.

“As parents, we are proud of Cibely and always have been,” her mom said. “But now we’re even more so!”