Sardar has not only captured fascinating photos of this lost culture, he shot a film called The Reindeer People which followed a family on its seasonal migrations.

Here’s the synopsis: “In Northern Mongolia, there exists a sacred alliance between people, ancestor spirits and reindeer.

This film is an intimate portrait of a family of Dukha reindeer nomads following their migration through the forests of Mongolia’s Hovsgol province.

They move with a herd of about a hundred reindeer through a sacred forest inhabited by the spirits of their ancestors, who communicate to the living through songs. The oldest Dukha, is a divine seer, a 96-year old shaman, called Tsuyan.

She is the link between the healing songs of the forest ancestors, her people and their reindeer.

She is the centerpiece of an extraordinary adventure that unites people and animals in one of the wildest regions of Mongolia – where people still live and hunt in a forest dominated by supernatural beings.

To live in harmony with them, people had to learn to respect nature and animals and to pass down their beliefs, from generation to generation, by invoking the song-lines of their deceased ancestors.” 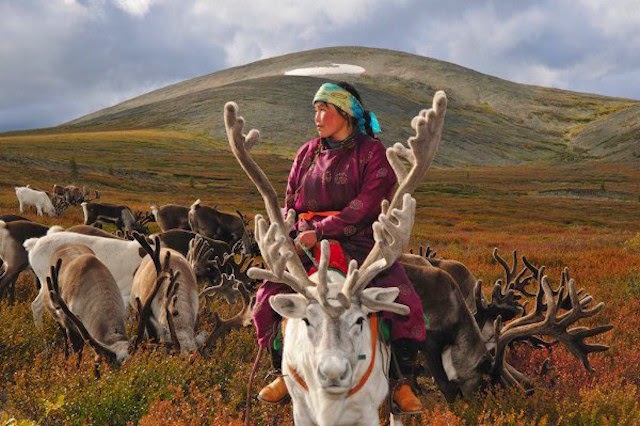 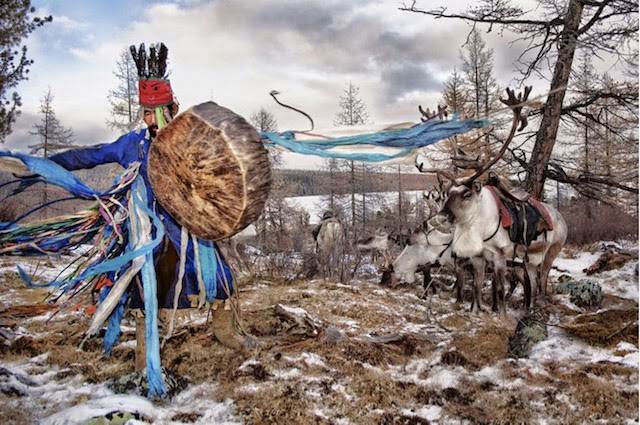 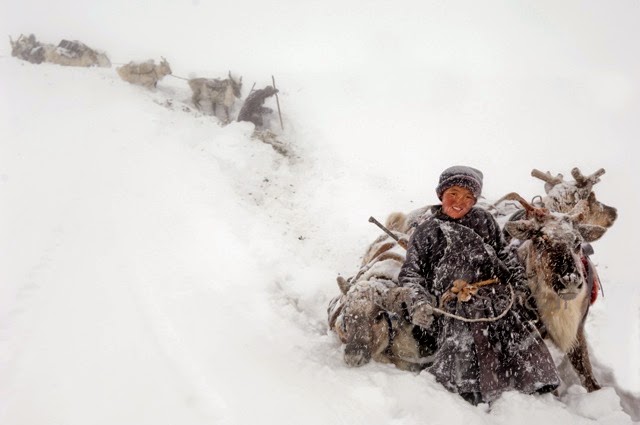 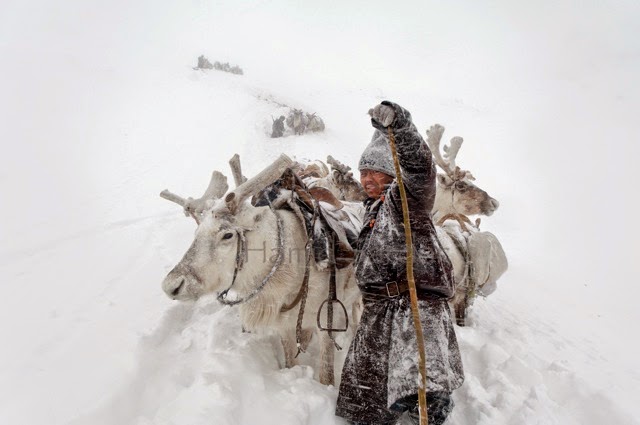 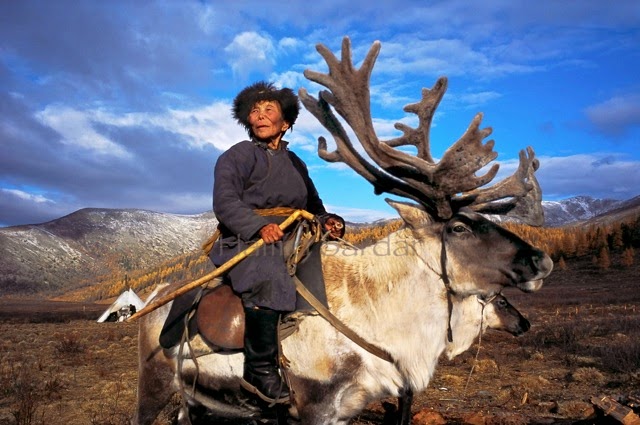 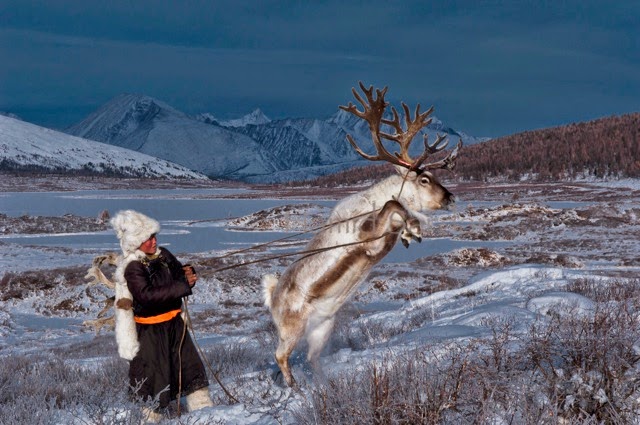 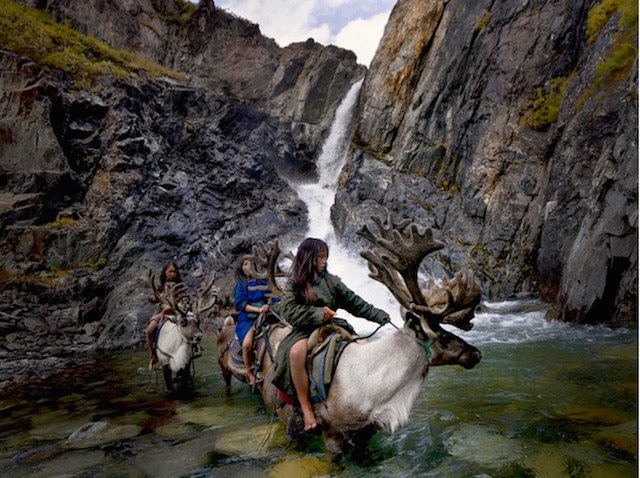 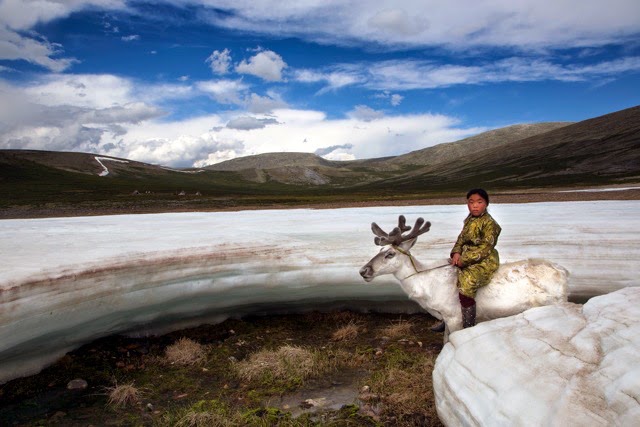 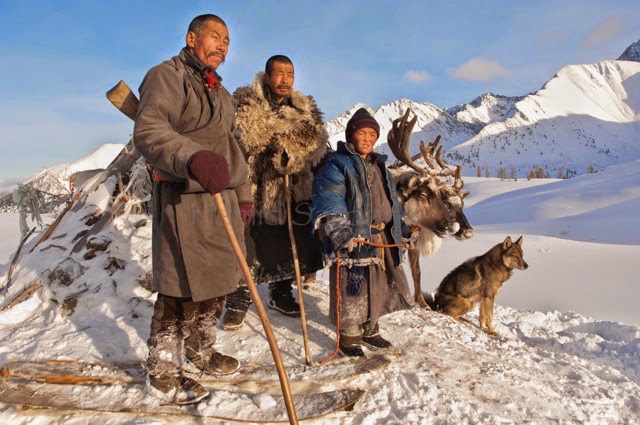 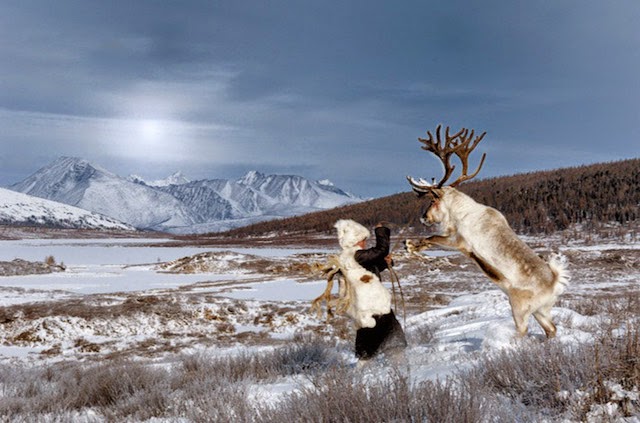