On 5,000 hectares of unploughed prairie in north-eastern Montana, hundreds of wild bison roam once again.

But this herd is not in a national park or a protected sanctuary – they are on tribal lands.
Belonging to the Assiniboine and Sioux tribes of Fort Peck Reservation, the 340 bison is the largest conservation herd in the ongoing bison restoration efforts by North America’s Indigenous people.

The bison – or as Native Americans call them, buffalo – are not just “sustenance,” according to Leroy Little Bear, a professor at the University of Lethbridge and a leader in the bison restoration efforts with the Blood Tribe.
The continent’s largest land mammal plays a major role in the spiritual and cultural lives of numerous Native American tribes, an “integrated relationship,” he said.

“If you are Christian and you don’t see any crosses out there, or you don’t have your corner church … there’s no external connection, [no] symbolic iconic notion that strengthens and nurtures those beliefs,” said Little Bear. “So it goes with the buffalo.”

Only a couple of hundred years ago, 20 million to 30 million bison lived in vast thundering herds across North America.
They were leftover relics of the Pleistocene and one of the few large mammals to survive the Ice Age extinction. 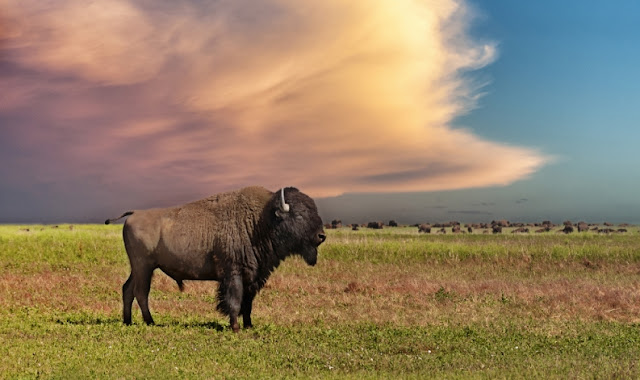 One of these was the bison: the government viewed slaughtering the great herds en-masse as a way to starve and devastate Native American tribes.

Within just decades, the bison went from numbering tens of millions to within a hair’s breadth of extinction.
“Fort Peck was the first to stand up and say we want to help.

We want to restore these important bison back to their historic Great Plains home,” said Jonathan Proctor, Rockies and Plains program director with NGO Defenders of Wildlife, who has worked with the tribes for years to bring the bison back. 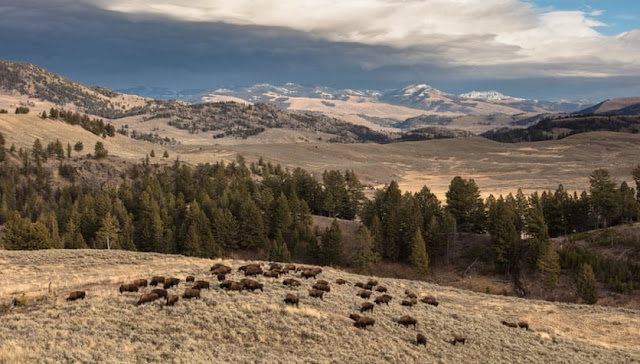 To do so, the tribe looked to Yellowstone’s bison herd. After the slaughter of the 19th century, 23 bison survived in a remote valley in Yellowstone.

The deep, personal relationship between Native Americans and buffalo exists, and is relevant and important, whether or not a particular animal has 8% cattle genes or not,” she explained.

Fort Peck, and many other tribes, already had a commercial herd – used for economic purposes – but now they wanted to build a second herd with conservation in mind.

But getting bison from Yellowstone national park would prove far harder than Fort Peck initially thought. 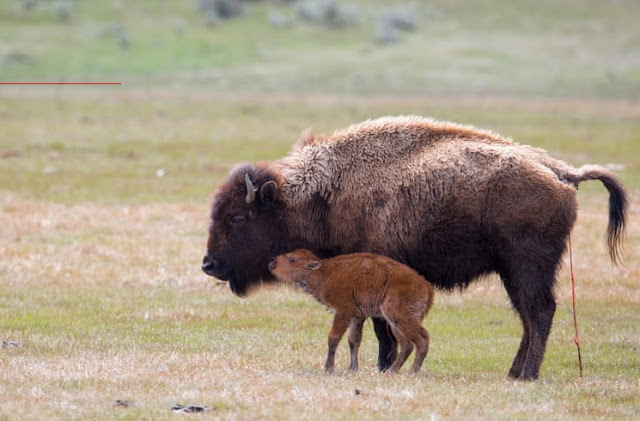 scientists have never recorded brucellosis jumping from bison to cattle, it is theoretically possible according to lab research.

The first Yellowstone bison finally arrived in 2012: around 60 animals in all. “There was a huge celebration; many, many people from the community came out,” said Proctor. “It was just thrilling to see.”
“We’ve seen the ecosystem revive. Grassland birds have returned, native grasses are thriving. We welcome and look forward to the buffalos’ continued benefits to our tribal lands.”

Since then, several more deliveries have been made and the Fort Peck herd – at 340 – is among the top 10 conservation herds in the US.

But the work has only begun. In 2014, two years after the bison came to Fort Peck, 13 tribal nations – representing eight reservations

both in the US and Canada – signed a ‘Buffalo Treaty’.

The treaty outlined the importance of bringing back free-roaming bison to both the US and Canada.

“We used to always have an empty chair for the buffalo, for the spirit of the buffalo [at the dialogues], in our talking circles,” said Little Bear, who facilitated the dialogues. “It’s hard to explain but the buffalo was basically asking us, ‘you know, I’ve been gone for 150 years, why do you want me to come back?’”

By the end of the dialogues, the tribes agreed why.
“The concern was the young people hear only stories, they hear the songs, they see the ceremonies, but they don’t see the buffalo out there,” added Little Bear.

The treaty is already making good. Last year, Blackfeet Reservation, also in Montana, received 89 genetically pure bison from Elk Island in Canada. Although the Blackfeet’s Iinnii Initiative – their name for buffalo – is the youngest, it’s also the most ambitious. 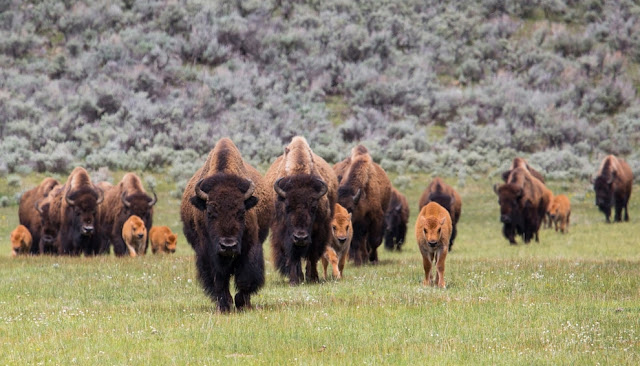 The tribe is negotiating with state officials to allow these bison, which are free of brucellosis, to range freely into Glacier national park and even, hopefully, one day as north as Waterton Lakes national park and Blood Tribe Reservation Canada – which would make it the first international bison herd in over a century.

Little Bear said they are also working with the Y2Y Initiative, which aims to create a massive wildlife corridor from Yellowstone to the Yukon for wildlife such as bears and wolves.

“We talked to the Y2Y people and said ‘hey, what about buffalo?’ And [they said], ‘we never thought about it but we can include buffalo.’” This year, wild bison returned to Banff national park after being gone over 100 years. Little Bear said the tribe’s Buffalo Treaty acted as a “catalyst” for the re-wilding in Canada’s first park.

“Tribes of the northern plains are the lead in wild bison restoration right now,” Proctor said. In 50 years’ time, the conservation community hopes to have at least 10 bison herds that number 1,000 animals – the minimum, he said, needed for the bison to fulfil their ecological role (currently only Yellowstone has a herd of more than 1,000 animals).

On top of that, Proctor hopes there will be a few herds of more than 10,000 animals, a herd size which hasn’t been seen since the mass extermination in the 19th century.

For any of this to happen, Native American tribes will be key. They have the land and the desire to bring back the continent’s largest land mammal. And it’s not just bison, Proctor said. They have been instrumental in conserving wolves, grizzly bears, swift foxes and black-footed ferrets among other species.

Magnan said Fort Peck’s “dream” is to have 2,500 buffalo in their conservation herd running on more than 40,000 hectares. Already the tribe has passed a resolution to purchase more land. 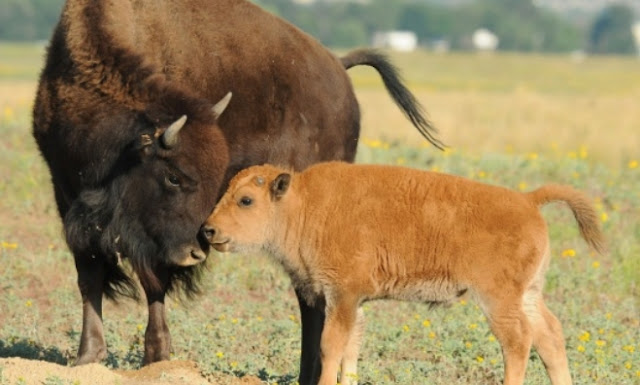 “It’s amazing … with limited budgets and widespread poverty, [Native American tribes] are the leader in wildlife restoration when compared to the state wildlife agency,” he said. “In reality, it was not the buffalo that left us, it was us that left the buffalo. So we have to do something.”