Old photos of Yakama Women (aka Yakima) taken between 1880 and 1957. {Homeland is primarily in southern Washington.}

Upon central Washington’s plateau and along the Columbia River reside tribal people called the Yakama’s. The Cascade mountains shelter this central portion from marine showers. The rolling foothills and Yakima River are the eastern border.

The tribal people comprising the Yakama Nation have lived in this area since the beginning of time. They used the entire land base, from the lowlands around the Columbia River to the snow-peaked Cascade Mountains.

In the mid-1990s the Yakima nation renamed itself to “YAKAMA ” more closely reflecting the proper pronunciation in their native tongue. The only change made to the flag at the time of the name change was in the name. The flag above is correct except for the name Yakima which is now spelled Yakama.

Yakama women gathered plants and herbs and and did most of the child care and cooking. Men were fishermen and hunters and sometimes went to war to protect their families. Both genders took part in storytelling, artwork and music, and traditional medicine. 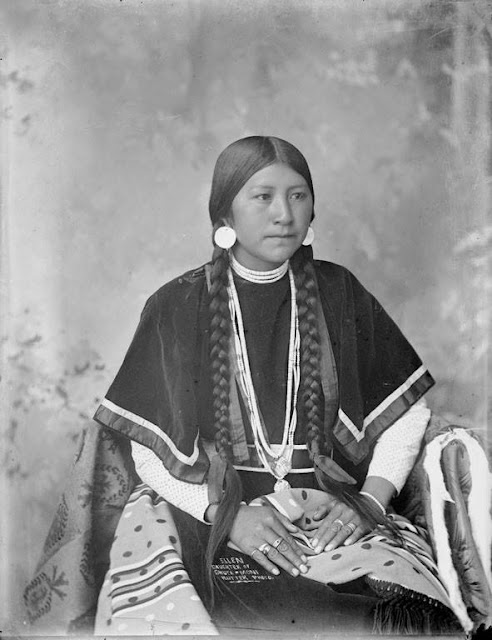 Yakama men wore breech clouts with leggings and short buckskin shirts with patterns of holes punched into them. Women wore buckskin dresses decorated with beads and quillwork. Both men and women wore moccasins on their feet, and in colder weather, they also wore fur robes and hats.

Aluina George at the Toppenish Pow-Wow in Toppenish, Washington – Yakama – 1953

Anita Totus at the Toppenish Pow-Wow in Toppenish, Washington – Yakama – 1953 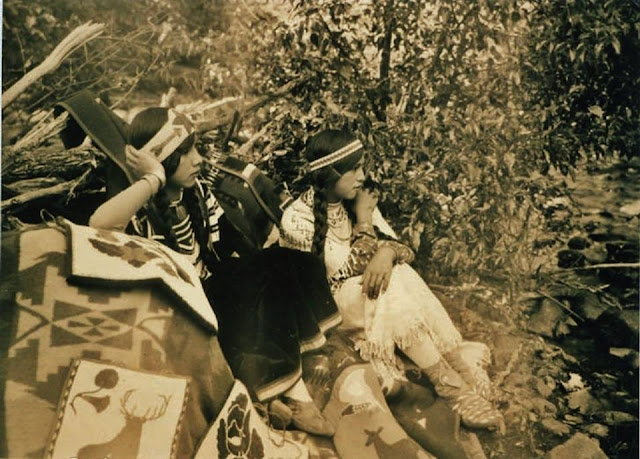 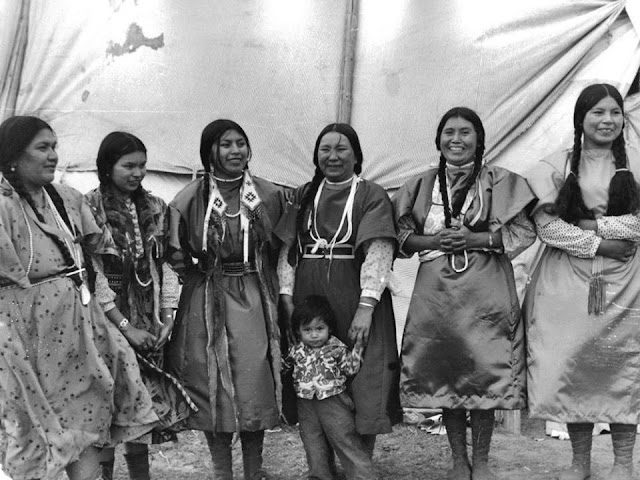 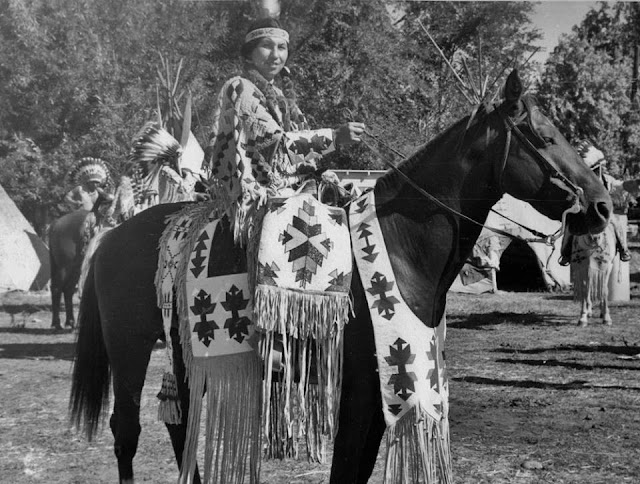 Malinda Dick (the wife of Ned Dick) at the Ellensburg Rodeo in Ellensburg, Washington – Yakama – 1953