Baby pandas are among the cutest creatures on the planet. They resemble a colossal cuddly teddy bear. They also have sweet personalities and are really playful, as shown in this adorable video. This baby panda adores his ball and makes the cutest antics with his caregivers while playing…writes happiest.

Toys teach them important social skills like sharing and interacting with others, and they can also help them learn useful life skills. This baby panda, on the other hand, is adamant about not sharing his ball with others.

A baby panda is filmed enjoying playing with a ball and his caretakers in this adorable video posted by the San Diego Zoo. During his 18th exam, the baby panda, Xiao Liwu, was given a ball to “test his balance and inspire him to play with new things.”

Young pandas are given multiple things to play with during a panda exam to allow them to learn more about the world around them. Two balls, some bamboo, and a tree limb were given to baby Xiao Liwu.

The bamboo and tree branch were familiar to Xiao Liwu, but the ball was unfamiliar territory. The baby panda is so enamored with his ball that he doesn’t want to see anything else. 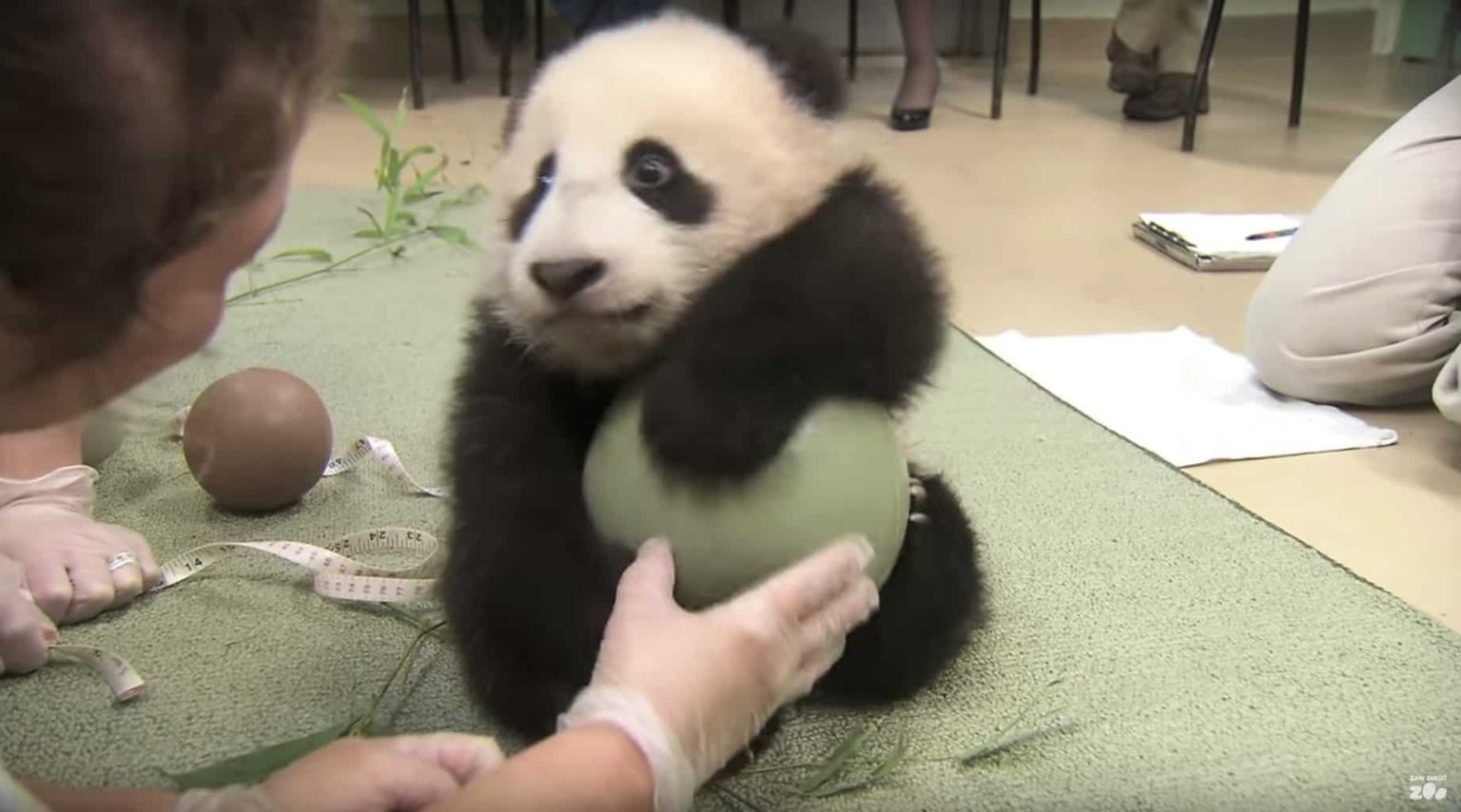 And when the caretakers tried to take the ball away from him, he clutched it tightly and refused to let go. This baby panda is, without a doubt, the cutest thing we’ve seen in a long time.