A baby fox became a victim of human littering while foraging for food. The poor creature inadvertently got his head stuck in a jar, and the jar’s rim began squeezing his neck as he tried to escape, writes ilovemydogsomuch

As the baby fox failed to get rid of the jar, he ran out of the woods and stumbled toward the dirt road in hopes of finding help.

The baby fox knew that humans would often come to this territory for hunting sport.

He was naturally afraid of humans, but his options were few at that point of time.

The baby fox saw a group of soldiers passing by the area, and he earnestly approached them for help.

In this video, we see the one of the soldiers bending down to help the distressed fox cub.

The little baby tries his best to remain calm as the soldier works to twist the jar out without hurting his neck.

After some effort, the jar finally pops off while the relieved cub gasps for air!

But the fox’s fear of humans kicks in again, and he immediately bolts toward the forest! 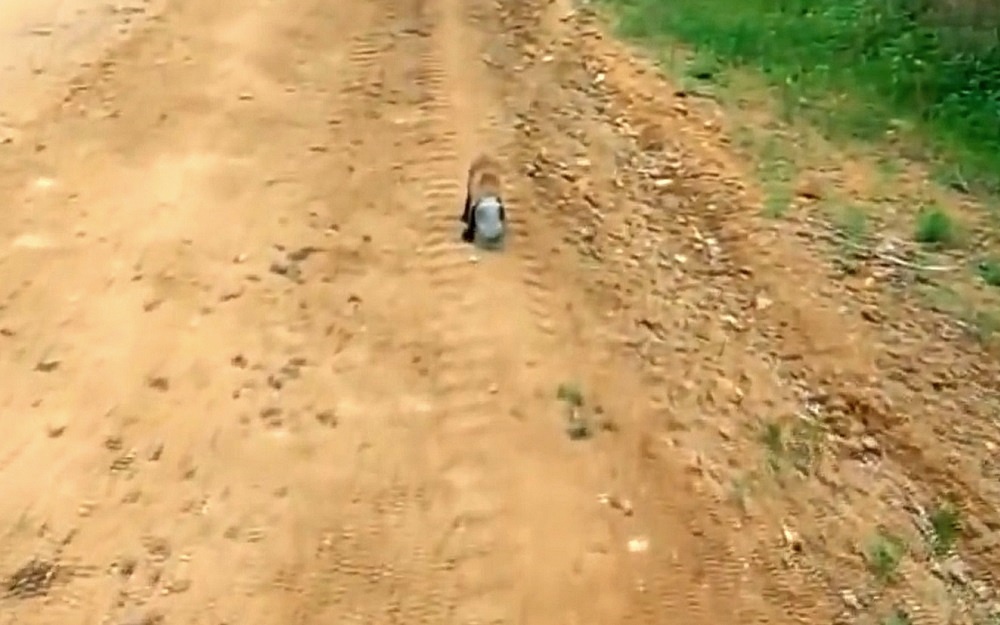 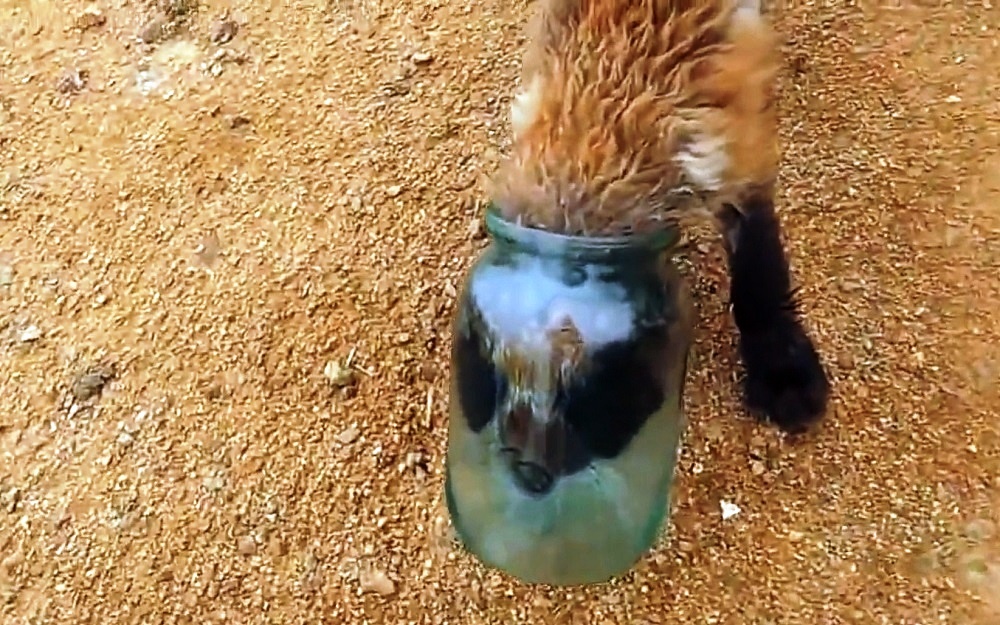 The soldier playfully says “Where’s my ‘Thank You’?”, but he never expected the cub’s heartwarming reaction!

The baby fox stops in his tracks and decides to acknowledge the soldier’s help despite his fear. He lingers by the dandelion overgrowth, and momentarily turns back to thank the soldier for his kindness! So sweet! 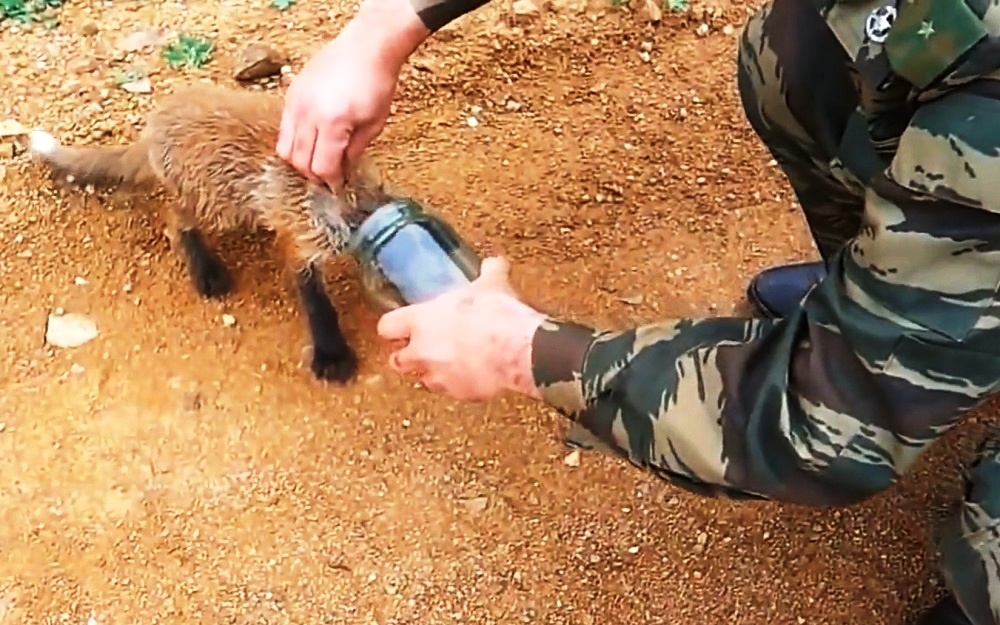 Click the video below to watch how the soldier rescued the baby fox in his time of need!