It was a wild orangutan that offered someone a helping hand after they got stuck in the mud.

“My way of thinking is that every photo can speak for itself,” Prabhakar told The Dodo,

“I’m more into trying to portray an emotion I can connect to.”

He became involved with the Borneo Orangutan Survival Foundation and in 2019, he visited the foundation to learn more about the program.

“This organization rescues orangutans from habitat loss, poachers and those being kept in captivity.

They will rescue them and help them get back to the wild.”

“They treat them if they are injured and help with the trauma they’ve faced.

Then they move them to a temporary forest, where they can get used to being wild, and release them to the main forest.”

While on a tour of the foundation’s protected land, he saw a crew member entering a small river while approaching the orangutan’s habitat. 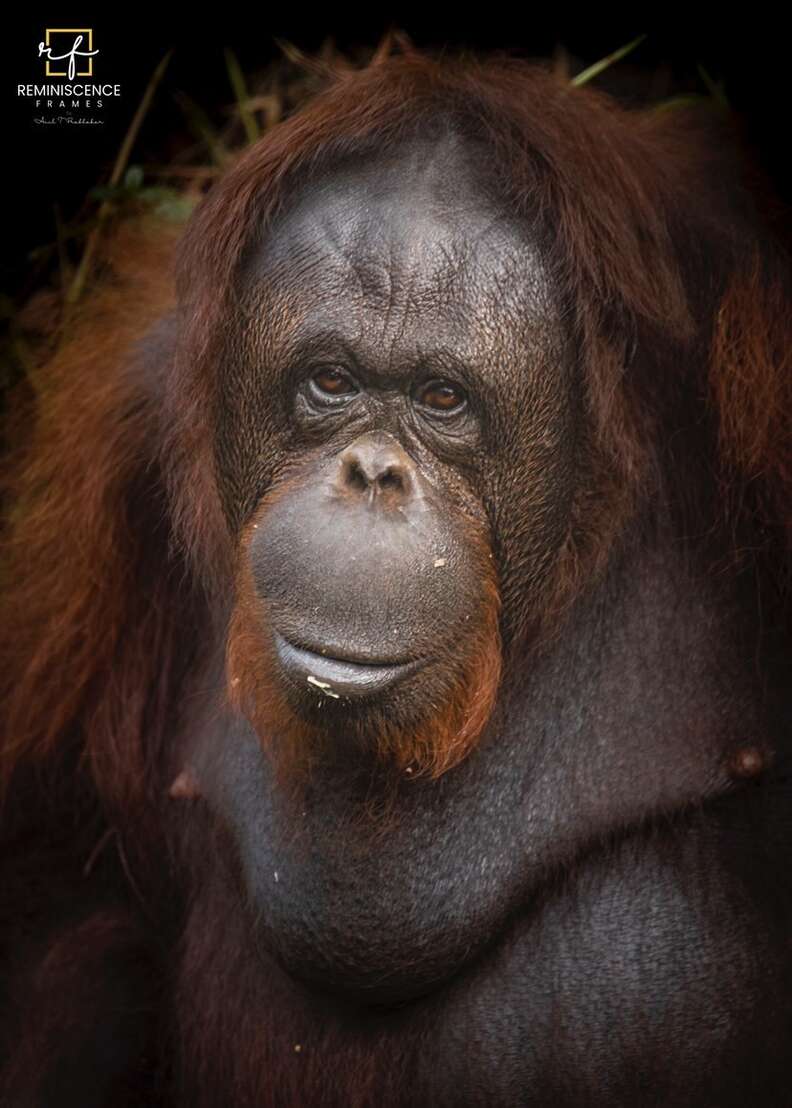 Confused, he asked why the man was doing this, they said that a snake was spotted over there. 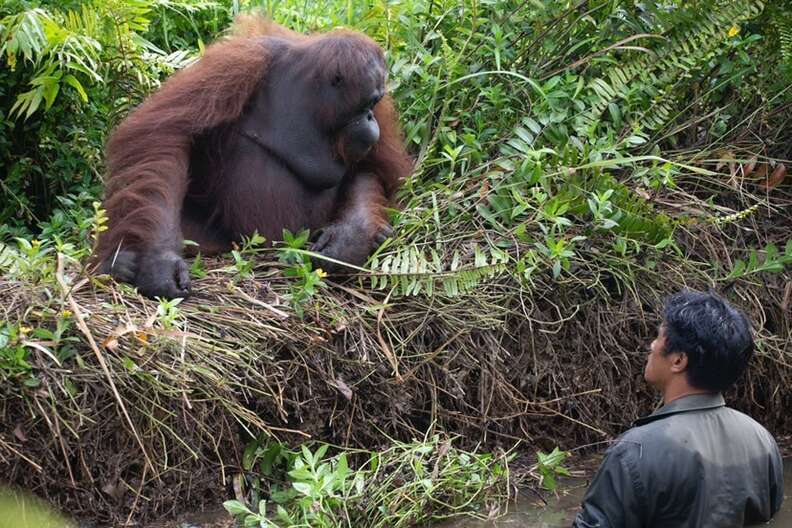 Poisonous snakes are dangerous to orangutans, so they have to take care of those things. So, this fellow started cleaning these bushes all along the river, and it was as if he was moving in slow motion because his legs were getting stuck inside the mud.”

“Suddenly, this orangutan came closer to the river banks, sat there and watched what this fellow was doing.”

“When this fellow struggled to pull out his legs, the orangutan put her left hand on the bank of the river and extended her other hand towards him. It was a lovely gesture.” 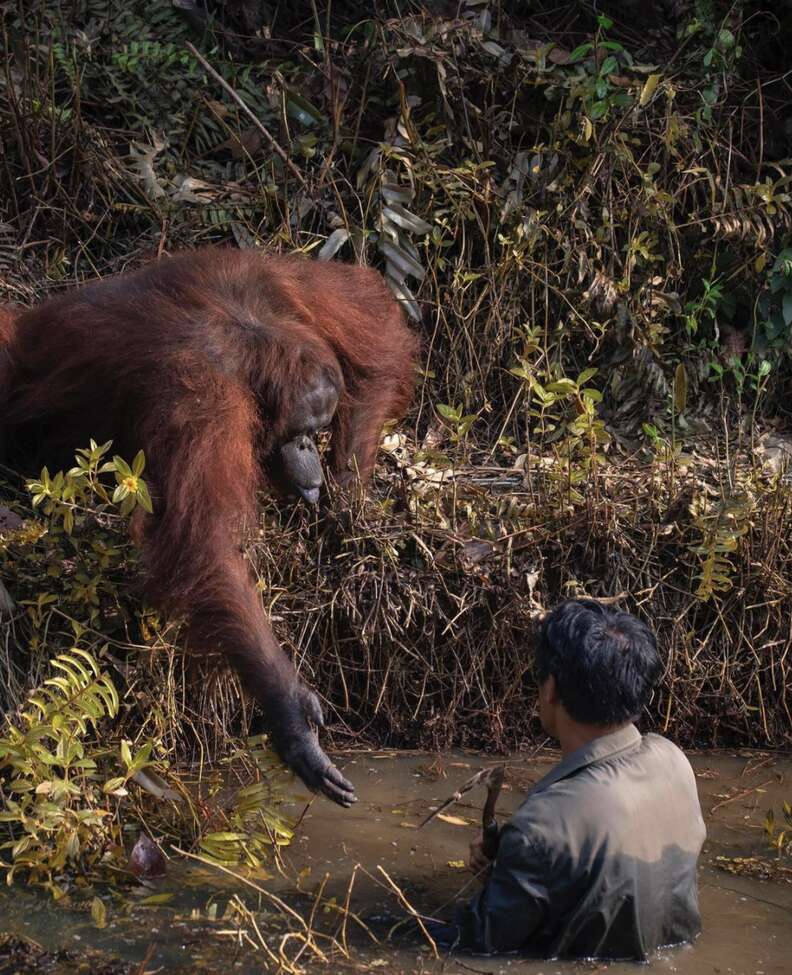 The orangutan ignored the extended hand, that was out for three minutes trying to help the man, instead, he moved away.

“For me, this was completely new, I never expected to see anything like that. In my mind, this orangutan was trying to help him. It’s human nature — if someone is in trouble, you go there and lend a hand.” 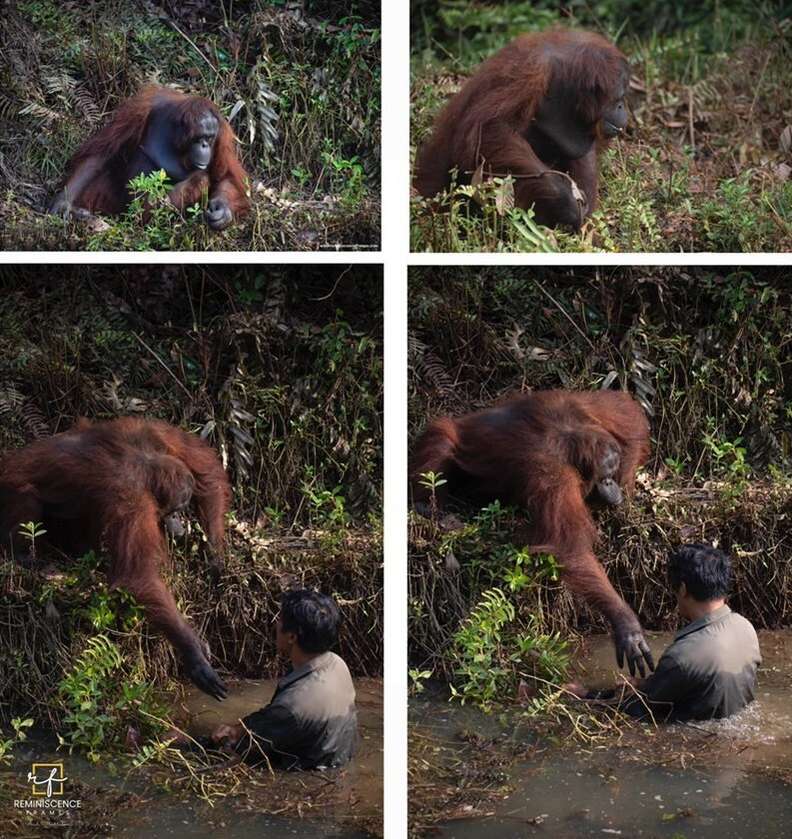 Prabhakar asked the man why he didn’t accept the orangutan’s help, he explained that he was only there as a lifeguard and mustn’t engage with the wild animals.