The majestic bald eagles are mostly a rare sight. But there is the largest bald eagle population on earth found in Unalaska in Alaska.

The human population is less than 5000 people and it is home to nearly 600 bald eagles.

Dutch Harbor is the biggest fishing spot in the area, so naturally, the bald eagles gather here in search of food.

As these waters are very rich in seafood, fishermen always leave something behind for the massive birds.

And this man named Jesse Peck grabbed a bowl full of shrimps and intended to share with the eagles gathered on a deck. Soon as he started to feed them, more and more of them joined.

Sometimes he throws some pieces in the air and the majestic birds grab them swarming.

But not only there, in everywhere in the harbor there are many more eagles! Such a nice scene for a bird lover! 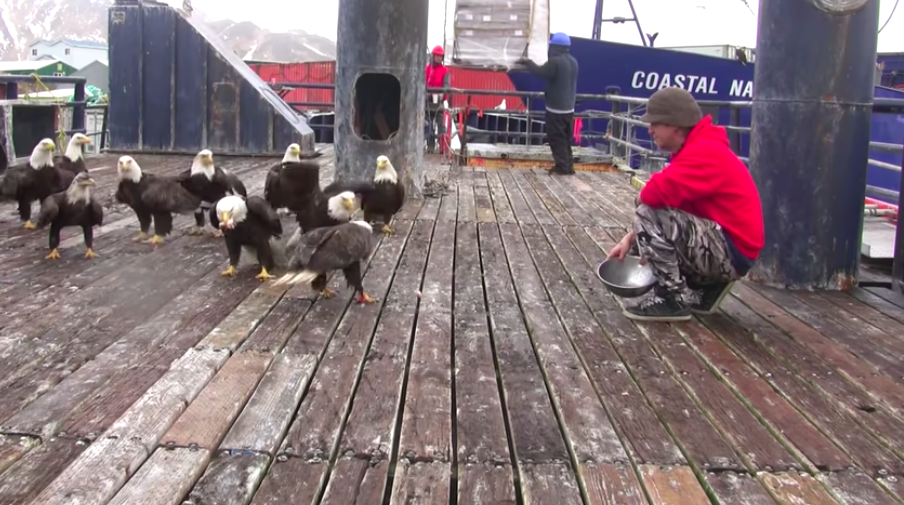 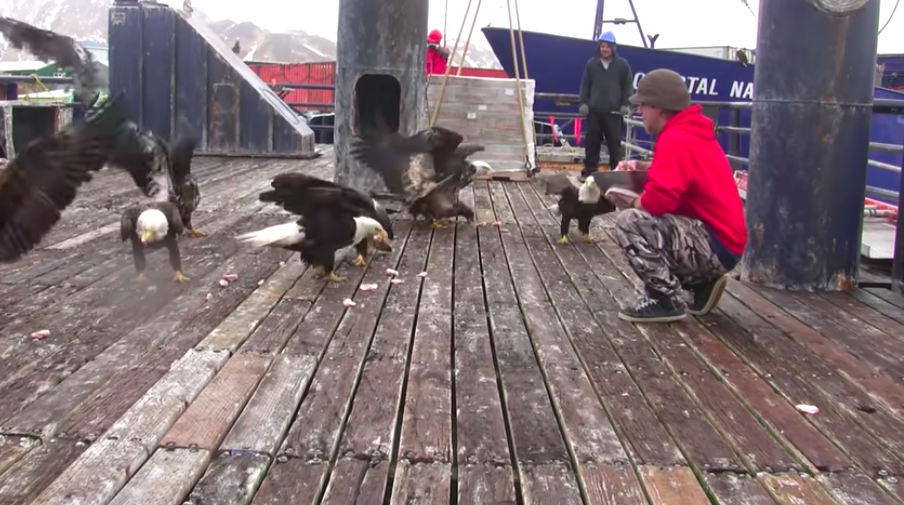 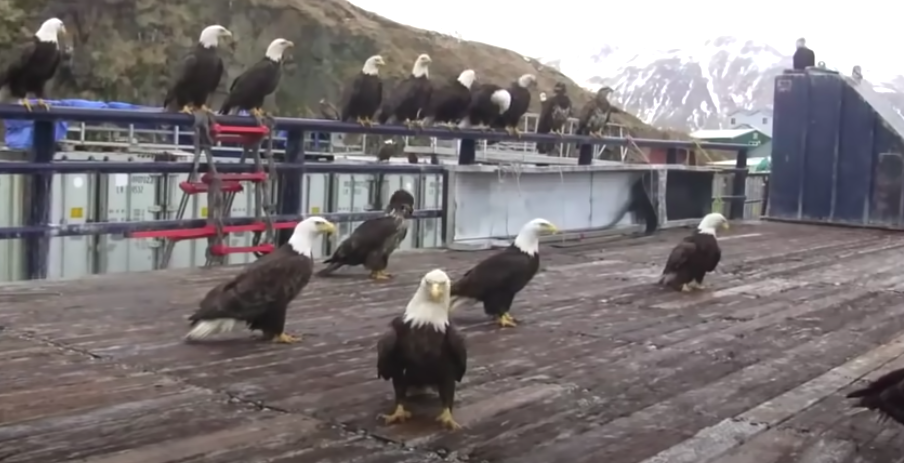