A picture of three bobcats sleeping on someone’s front porch has gone viral online and, of course, it’s happening in Arizona.
Mesa resident Kate Smith posted the picture on her Twitter account Friday and it’s gained thousands of views since. Smith said the picture doesn’t tell the entire story.

“These guys have been here a month,” Smith said during a phone call.

“I’ve been told that as soon as the cubs are old enough to hunt on their own, they should be moving on, but they’ve been here a while.”

Smith called the Arizona Game and Fish Department asking them to help move the animals, but they told her that bobcat relocation often results in the animals’ death.

“The answer they gave me was that if you take them out of their territory, they typically don’t survive, so I said ‘oh, forget it,” Smith said.

“They’re territorial, so if you plop them down in an area they’re unfamiliar with, they usually won’t make it.”

Smith has lived in her house west of Usery Mountain Regional Park for the past 24 years, and had only one other bobcat encounter around three years ago.

That encounter only lasted a day or two because that bobcat was injured and required medical help
Photos Credit: Kate Smith

Bobcats rarely attack humans unless they have rabies or are extremely aggressive, according to the Arizona Game and Fish Department’s website.

But, Smith has still made sure to divert as much foot traffic away from her front door due to the bobcat family.
> 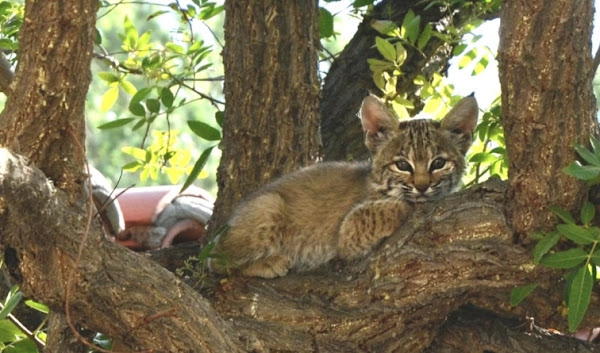 “I’ve got a sign out in the driveway for delivery people telling them not to come into our courtyard,” Smith said.

“All neighbors and family know not to come to the front door. Our dog is grounded at this point.” 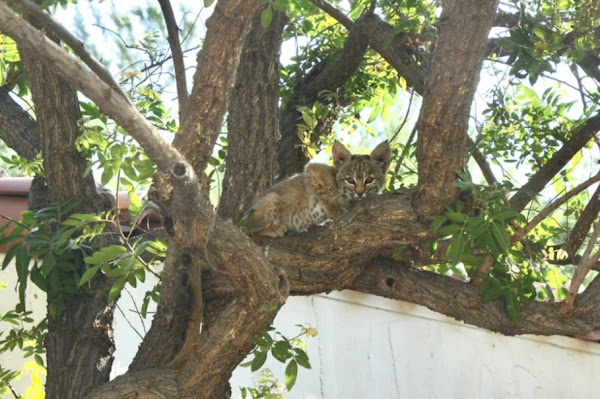 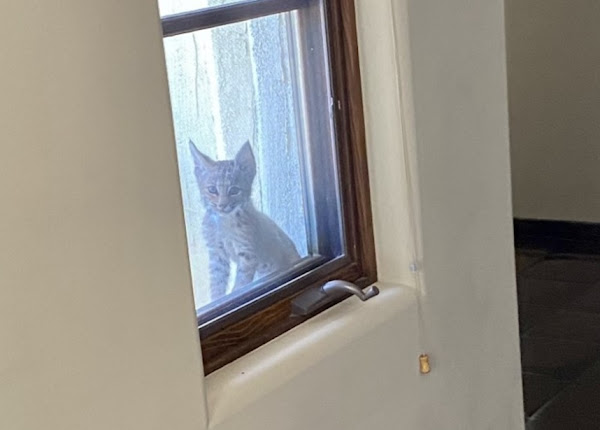 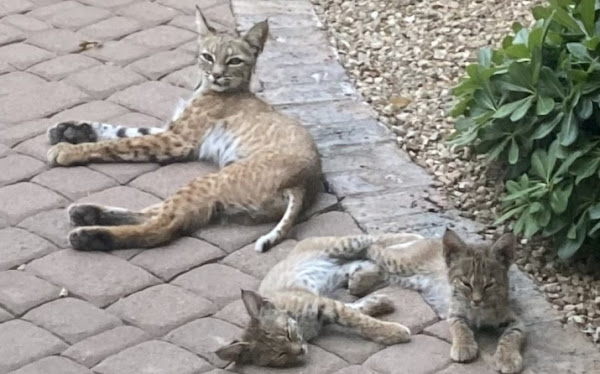 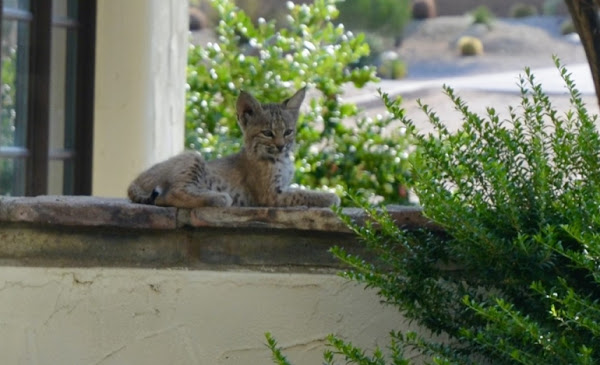