Britain’s largest bird of prey has returned to the English skies for the first time in 240 years.
id=”adsense-content”>White-tailed eagles, which have a wing span up to 2.5 metres, were once a common sight across southern

England until the 18th century when they were wiped out by illegal killing.
They were last recorded in England in 1780 at Culver Cliff on the Isle of Wight, before becoming extinct in the whole of the UK in 1918 when the final bird was shot on the Scottish Shetland Islands.

European populations of the sea eagle also suffered from heavy persecution, which led to significant declines and extinction in several countries, according to Royal Society for the Protection of Birds (RSPB).

But thanks to Forestry England and the Roy Dennis Wildlife Foundation this lost species is making a comeback.

Last summer, six young white-tailed eagles were released on the Isle of Wight as part of a five-year project to restore the species to southern England.

The birds were collected from the wild in Scotland, where the species was reintroduced in the 1970s under a similar scheme, before they were brought to the island.

They have been fitted with GPS trackers and the team behind the programme have been tracking four of the young birds as they make their first trips. 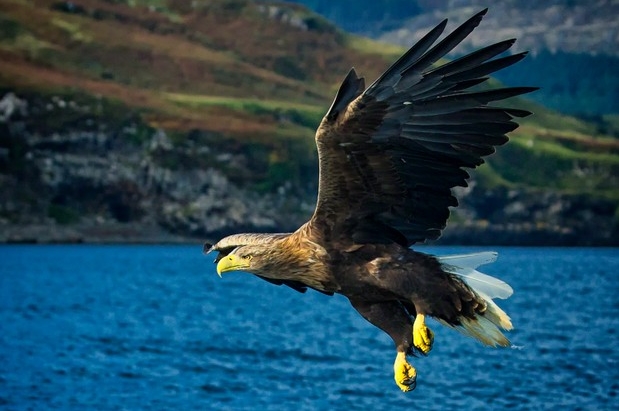 The pair stayed in the national park for days, but also took a trip out to the coast where they spent four hours exploring a 12-mile stretch between Whitby and Saltburn-by-Sea
>Another male bird, G274, completed a 325-mile tour of southeast England for three day,

and appears to have bonded with G324, a female, on the Isle of Wight over the winter months. G324 has generally been the most sedentary of the four birds since release but was spotted soaring with paragliders over the west Wight along with G274.

White-tailed eagles do not breed until they are about four or five years old, however it is hoped G274 and G324 might form a breeding pair if they survive until

then. Satellite data has given the team fascinating insights into the birds’ behaviour, showing they choose days with the best conditions to make their big moves, preferring a tailwind and clear skies.

The birds are known as “sit-and-wait” foragers, who prefer to wait and watch their prey rather than fly great distances for food, which saves valuable energy. Roy Dennis, founder of The Roy Dennis Wildlife Foundation said: 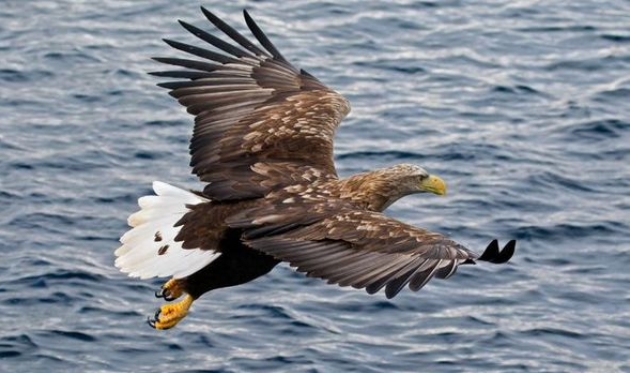 “I have spent much of my life working on the reintroduction of these amazing birds and so watching them take to the skies of the Isle of Wight has been a truly special moment.

“Establishing a population of white-tailed eagles in the south of England will link and support emerging populations of these birds in the Netherlands, France and Ireland, with the aim of restoring the species to the southern half of Europe.”

Bruce Rothnie, from Forestry England, added: “We are immensely proud that the woodlands we manage on the Isle of Wight and surrounding South Coast are now home to these incredibly rare birds as they return to England’s coastline. 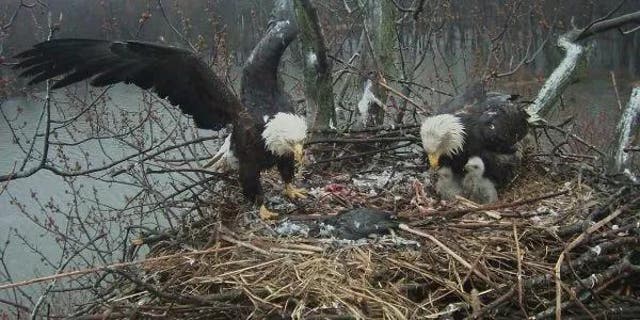