Chances are, this handsome hawk never imagined his role as apex predator could ever be questioned —

carrying on in confidence that his supremacy would always go unrivaled.

But then he met his match.

One day, while out and about in search of a meal, the hawk spotted something he couldn’t resist.

There, resting in a patch of grass, was literally a sitting duck, seemingly oblivious to the hungry hawk’s approach.

What the hawk didn’t realize, of course, was that the duck was actually just a decoy figurine.

And it wouldn’t be so easily intimidated.

Would you believe it, there was literally a sitting duck resting on the grass, seemingly unaware of the hungry hawk’s appearance. 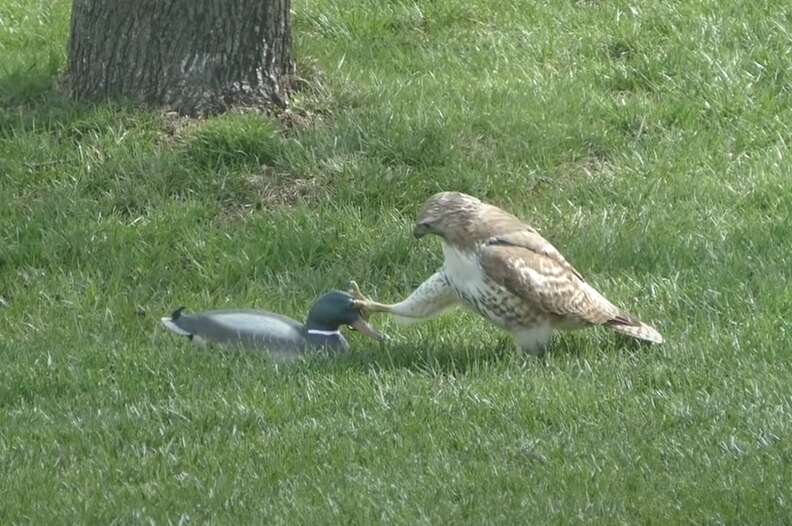 What the hawk was not quick to realize, was that this sitting duck was in fact a fake, a phony, a decoy, and it wouldn’t be so easily intimidating.

The completely confused hawk tried, for several tense minutes, to overpower and conquer the unflappable duck.

For several tense minutes, the perplexed hawk tried in vain to conquer the mysteriously unflappable “duck.” He seemed to pause every few moments to look around, as if sure he was being pranked. 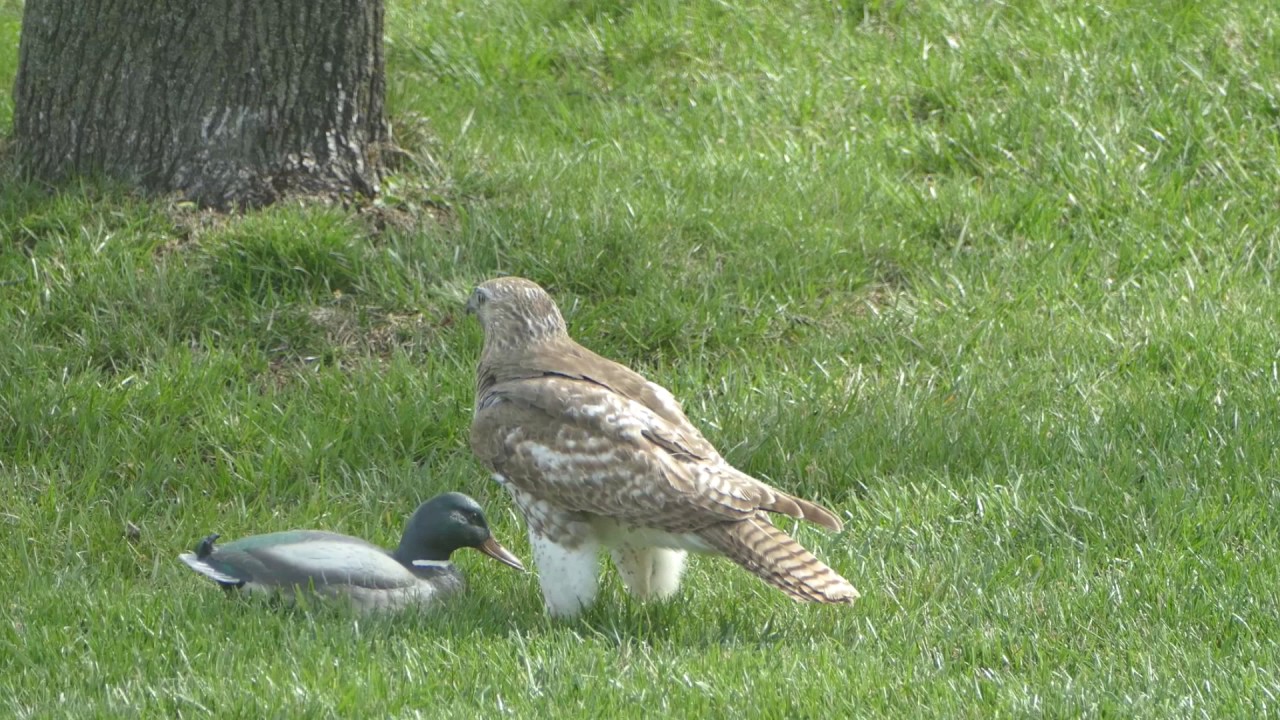 In the end, the hawk wisely decided to forfeit the challenge. The duck decoy had won the day — a fact, no doubt, the hawk would much prefer to forget.\