“To have another white buffalo calf that’s born is more of a signal to us that not only is our culture and people surviving, but thriving,” the chief said.v id=”adsense-content”>The community welcomed a rare, white male buffalo calf on May.

The calf’s mother, also a white a buffalo, was born at Winnipeg’s Assiniboine Park in 2009 and gifted to the community’s herd because of its significance through the generations.

“We have a lot of people in the community that they follow the beliefs.”

“That [the white buffalo] signals the start of our culture and our beliefs and our ceremonies,” he added.

“It’s really important to us.” Tacan said he knew they were dealing with something special once he saw the calf, but didn’t go out of his way to tell everyone. Tacan is one of the caretakers of the community’s herd.

Since the birth, people have been coming from as far as the United States to see the baby buffalo and leave tobacco offerings wrapped in colourful ribbons and pouches that now line the fence along the buffalo’s enclosure.

“It’s up to you [community members] to come to the buffalo and put out your offerings,” he added. 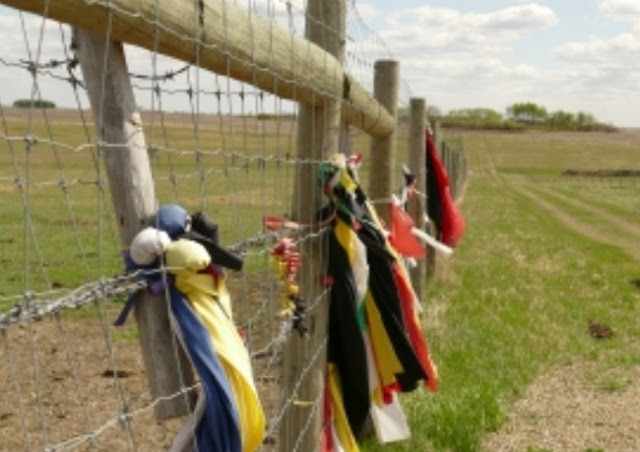 Tacan said he wasn’t sure the odds are of the white buffalo being born, but it’s the first one the community’s herd has seen since his mother was welcomed into the herd more than six years ago.

He said the community has had requests to bring the buffalo out and put it on display at fairs and other events, but the community is opting to keep it in the pasture instead.

“I don’t think we’d want to display her [the mother] in that sort of way,” said Tacan. “It’s a sacred animal… If you want to see it you’d have to come out here.”

“We’re trying to work in a respectful way.”

Tacan said the buffalo right now are used as a teaching opportunity for the community while they build the herd’s numbers up, but might look at some sort of commercial operation down the road. 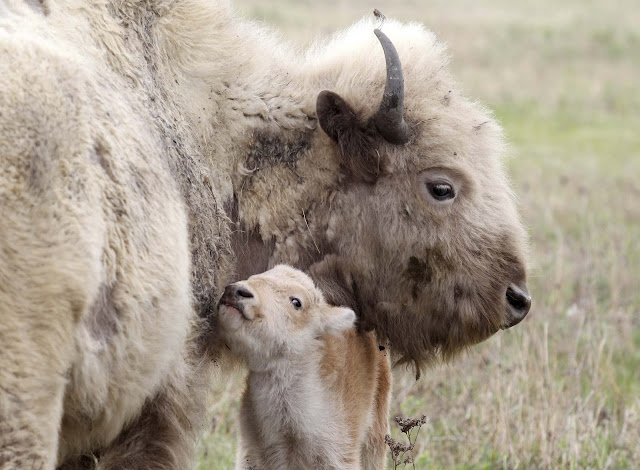 The finances were in bad shape and a lot of aspects of the reserve were struggling. I noticed that when the buffalo came in things began to improve and I really do believe that something is going on here,” Vincent Tacan, chief of Sioux Valley Dakota Nation said. 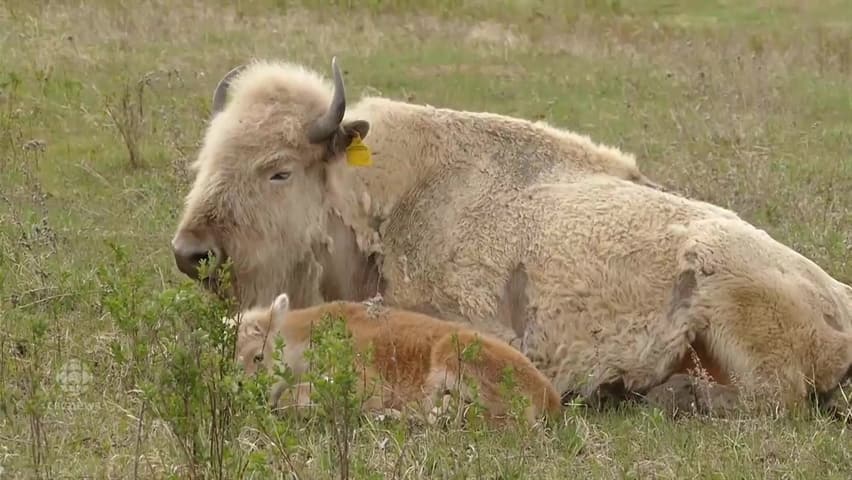 “Our debt has been cleared up, we have a better relationship with our surrounding neighbours, we are starting to educate our people on and off the reserve, there are cross-cultural exchanges happening, and we have been able to start a significant economic development project.
There have been a lot of positive things happen here and some that I can’t explain but it seems to be going along a parallel track with the bison.”