Bonnie the cow was born about a year ago at a farm in Holland, N.Y., that raises cattle for beef.

She made her escape at just 4 months old. According to non-profit Farm Sanctuary, Bonnie fled into the woods as the other cattle were being corralled into trailers after the herd was sold.

The community attempted for months to track Bonnie down, expecting that a calf like her would not survive very long in the woods.

Eventually, wildlife cameras captured footage of Bonnie — not by herself and struggling in the wilderness — but among a family of deer.

While remaining elusive, Bonnie was often spotted on wildlife cameras eating and sleeping with the deer.

According to sanctuary workers, both cattle and deer are herd animals, and while Bonnie didn’t look quite the same as the other deer, she fell into the family seamlessly.

Bonnie also developed the personality of deer, volunteers said, hiding behind trees and dashing from humans like her new herd.

The cow survived eight months in the woods, especially with the help of local volunteer Becky, who put out food and built her a shelter during the winter.

Knowing the woods can be dangerous for a cow, Bonnie was corralled and now lives at Farm Sanctuary, where she will continue to be cared for. 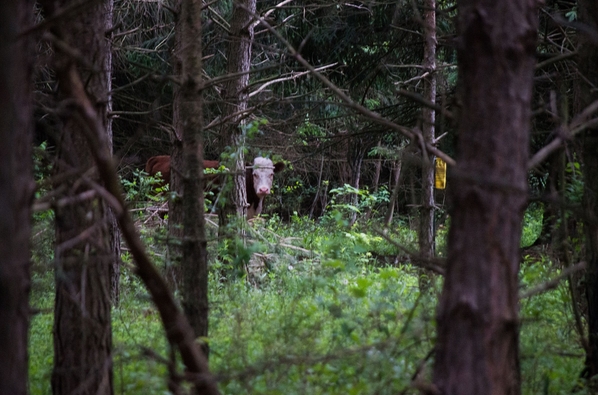 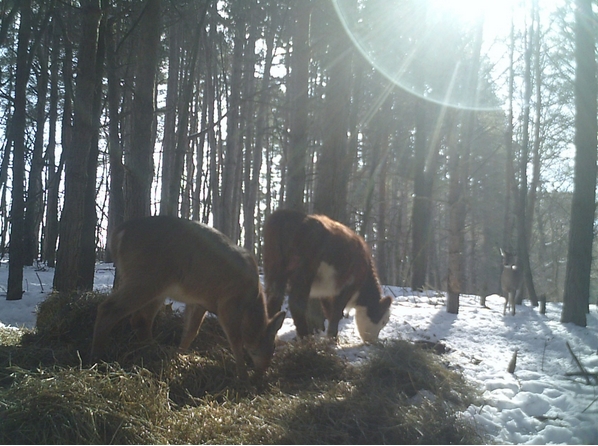 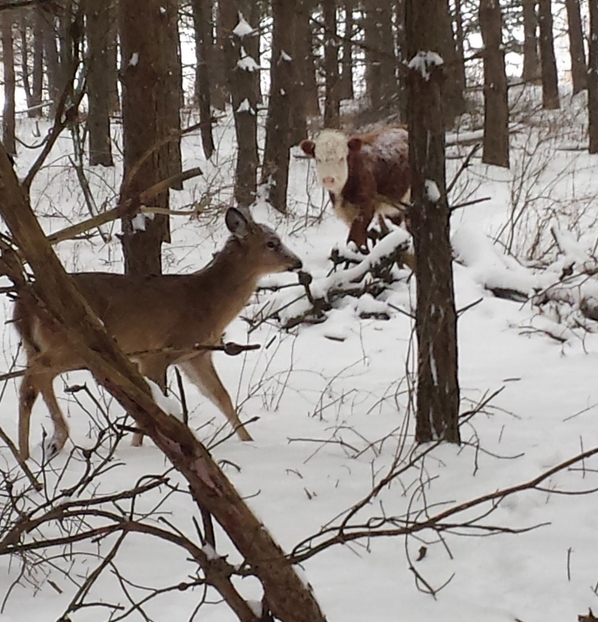